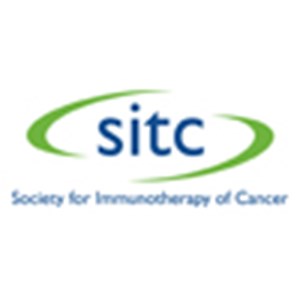 An earlier phase 2 study showed injecting IL PV-10, into the lesions of 80 stage IIIB-IV melanoma patients refractory to a median of six prior interventions, delivered a best overall response rate of 51% and complete response rate of 26%. PV-10, a 10% solution of Rose Bengal taking its name from the dot that signals marriage on the foreheads of women in Bengal, was originally used in liver function studies and to detect eye disease. It has been developed by Provectus Biopharmaceuticals, Inc (Knoxville, Tennessee, USA) to selectively target and destroy cancer cells. Checkpoint inhibitors (such as ipilimumab) liberate the immune system by blocking pathways allowing cancer cells to hide from immune attack. Taking the ‘break off ‘T cells with check point inhibitors while accelerating the immune response with PV-10 is now considered a logical next step.

Mice had melanoma cell lines implanted into one flank, and then seven to 14 days later underwent IL PV-10 injection into these tumours, and three days later received intraperitoneal injections of anti-CTLA-4, anti-PD-1 or anti-PD-L1 antibodies, repeated every three days. For the study controls included phosphate buffered saline (PBS) for PV-10, and NrlgG (a non reactive antibody) for checkpoint inhibitors.

For mice injected with PV-10 and anti-PD-1 antibodies, there was a significant decrease in tumour growth compared with mice receiving anti-PD-1 alone (p<0.05); and for mice injected with PV-10 and anti-CTLA-4 there was a trend for enhanced response, but not enough mice were treated to demonstrate statistically significant differences.

Additionally, a ‘bilateral’ tumour model was created for mice treated with anti-PD-L1 where melanoma cell lines were injected in both flanks, but only one side received PV-10. Here mice who received PV-10 and anti-PD-L1 had significant delays in tumour growth in untreated ‘bystander lesions’ compared to mice injected with PBS + NrlgG; PBS + anti-PD-L1; or PV10 + NrlgG (p<0.01 for all).

On November 13 Provectus Biopharmaceuticals, Inc announced that a phase 3 protocol for PV-10 has been submitted to the FDA. In the study they plan to randomly assign 225 BRAF V600 wild type patients with locoregional disease who have failed or are not otherwise candidates for ipilimumab to receive IL PV-10 or the investigator’s choice of chemotherapy (dacarbazine or temozolomide).