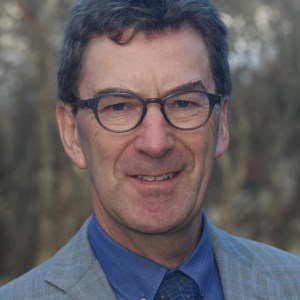 Although the COVID-19 pandemic has stalled progress with digital process transformation, many life sciences companies’ ambitions to apply smart solutions to rising pharmacovigilance workloads remain central to the investment agenda. These are the findings of Arriello’s second annual transatlantic survey of 200 professionals in senior roles spanning PV, Drug Safety and Product Safety departments.

This year, quality overtook cost to become the primary criterion for automating PV workloads. Yet fear for human jobs, along with validation issues, persist as barriers to automation.

The context for the research is the shift in companies’ treatment of PV. A decade or so ago, as AE reporting workloads began to soar, companies across the pharmaceutical industry sought to reduce the cost of their operations - first by outsourcing and then by offshoring their activities. In more recent years, Pharma has begun to realise that any associated cost savings have come at the expense of quality. Now some are seeking to rebuild internal PV capabilities, despite higher costs and a talent shortage, by harnessing smart technology. But how far have companies come?

Unsurprisingly the pandemic has dominated decision-making over the last year which has been reflected in setbacks to automation initiatives. The proportion of respondents claiming to have PV automation solutions in place in 2021 was much the same as in 2020, despite around 40 per cent of last year’s respondents expecting to introduce automation within the coming year. Intentions remain strong, however. Only two per cent saw automation projects curtailed completely.

Whether categorised as robotic process automation (RPA), standalone PV automation, or PV automation as part of something bigger, up to two-thirds of companies claimed to have solutions “already in place” or were “likely” to do so in the next 12 months.

Yet it soon became clear that respondents were not typically referring to the application of smart solutions to end-to-end case processing (case collection, database work, triage, reporting). Rather, many seem to be leveraging IT to support isolated elements of case processing, such as auto-scheduling reports for submission and auto-narratives.

When the 2021 survey asked where companies planned to invest in smart (AI-enabled) or robotic process automation (RPA), clinical documentation management was the area most likely to have been automated already, followed by product quality compliance information handling and medical information management, then standard document compilation (forms, PSMF, aggregate reports, etc.). For investment over the next 12 months, literature screening and auto-narrative generation dominated plans: beyond that, smarter regulatory intelligence management and automated document compilation.

IT less of a barrier

Yet, still, the figures are perplexing. AE reporting remains a high-pressure activity for pharma organisations and, in this year’s findings, 42 per cent of all respondents (rising to 48 per cent in the UK alone), claimed to have automated AE reporting solutions already in operation.

Yet our experience suggests that automation of end-to-end case processing is relatively rare in the industry. The high AE automation rates reported in the current survey are more likely to refer to very limited application, then - linked to specific elements of the overall AE processing system - rather than implementation of a novel, comprehensive platform to alleviate manual data management.

To find out more, the research pushed for the drivers for investing in PV automation - finding that quality (cited by 71 per cent) outranked cost (cited by 63 per cent) by some margin, and was even ahead of speed of delivery speed (mentioned by 67 per cent).

Quality-wise, improved data quality is the chief objective, cited by 35 per cent of respondents – rising to 40 per cent among those in Drug Safety roles. For speed-related improvements, accelerated processing was the main benefit sought, cited by 34 per cent – rising to 38 per cent for Drug Safety teams, who also prioritised prompter reporting.

In last year’s PV automation survey, the three top perceived barriers to PV automation were IT related. This year, although the familiar challenge of system validation remained a key concern, cited  by more than four in 10 respondents (as in 2020), familiarity, ease of use and cost were the next most significant barriers to embracing new automation opportunities.

As companies prioritise quality and processing speed above cost now when exploring new automation options, fear of human replacement was a particular issue for PV teams (cited by 42 per cent of this cohort, in contrast to 22 per cent of those working in Product Safety). This suggests a misconception that job losses are inevitable when an automated solution is implemented, when in reality automation paves the way to retain talent which is currently considerably over-stretched.

The 2021 Arriello survey was conducted by Censuswide in July/August. As in 2020, it polled 200 senior professionals in PV, Drug Safety and Product Safety functions across life sciences companies of all sizes, split evenly between the UK and US. The full report can be downloaded here.