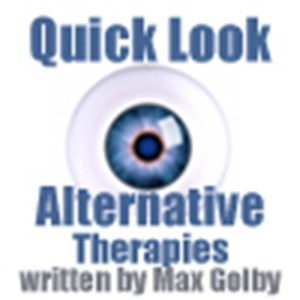 Wasted investment, mismanagement of resources. Unquestionably, these two issues have haunted the NHS more than anything else during the past eight years of Westminster government. And yet, for all the warnings, public funds are increasingly approved for what many still consider to be some of the most experimental of treatments.

Yet, in a month that the National Institute for Clinical Excellence issued a landmark recommendation that alternative therapies be used for the treatment of back pain, alternative treatments may well be on the verge of something of a breakthrough in the health service. Indeed, in a considerable step away from past lines of procedure, this latest ruling by NICE strongly questions the effectiveness of conventional treatments, replacing them instead with alternative options such as osteopathy and ‘needling’ and by doing so, setting the scene for further debate over what some professionals see as the debateable effectiveness of some of these unorthodox new methods. In announcing the landmark ruling, the institute’s clinical and public health director, Richard Littlejohns, heralded the benefits of these new treatments as ‘sufficiently robust’ to take the place of other, more conventional treatments. Adding that, “As with many interventions the underlying process of how acupuncture works is still not completely clear, but I think the evidence still shows that on balance patients do better”. Hence, with the increased movement towards alternative therapies, and the growing need to make tough choices in relation to the NHS’s 'huge budget shortfall', this month’s editorial calendar asks the question: How far has our faith in alternative treatments matured in the UK?

Unquestionably, some of the controversy surrounding certain forms of alternative therapies is fading. Indeed, these latest guidelines approve and recommend a diverse range of alternative treatments for back pain, including everything from 10 sessions of acupuncture or nine visits to experts in ‘spinal manipulation’. Be that as it may, and where NICE and those above them are keen to grow these types of treatments and remove some of the negative stigma that surrounds them, a significant proportion of medical professionals (particularly GPs) are still yet to be entirely convinced. Certainly in this sense, it can be reasonably argued that NICE are recommending and approving treatments that Doctors themselves, in at least some cases, do not feel entirely comfortable prescribing. Speaking after the announcement of NICE’s latest recommendations and guidelines, Professor David Colquhoun, research fellow in pharmacology at University College London and a prominent opponent of alternative therapies opined that "This is an official endorsement of mumbo jumbo and the implications of that are terrible, for the NHS, and for the taxpayer”. Moreover, and without wanting to overstate the power of the opposition, Professor Colquhoun is most certainly not alone in his beliefs, with Edzard Ernst, Professor of Complementary Medicine at Peninsula Medical School, also suggesting that the guideline is “very overoptimistic”.

To point to a few further examples of the ways in which alternative therapies are continuing to gain ground in the health service: aside from the first official recommendation of alternative therapies by NICE in the aforementioned area of back pain, other alternative therapies are also gaining ground and some are even more controversial than others. For example, according to a report this week utilizing information recently obtained under the Freedom of Information Act, the NHS is reported to have spent £12m over a three year period on homeopathic remedies – a form of treatment widely regarded to be ‘biologically implausible’ and completely out of step with anything at all resembling credible scientific research. Published in August 2005 in the leading medical journal, The Lancet, a major review and study of homeopathic treatments concluded them to be no better at producing a cure than placebos and prompted some doctors to call for the immediate suspension of funding. It comes as something of an unfortunate surprise then, to find that over 4 years later, the NHS continues to squander public funds on unequivocally ‘mumbo jumbo’ therapies, whilst potentially tarring the names of other, more credible treatments in the process. Indeed, it is doubtless for the very reason that such non-science is still funded by the NHS that suspicion continues to besiege the very principle of alternative therapies.

Equally, it’s important to remember that where a number of these treatments would have been shunned outright in decades past, there is certainly a wider trend towards an acceptance that alternative therapies do have some role to play - in coalition with traditional forms of medicine. Certainly, treatments like acupuncture have more legitimacy than homeopathy and hypnotherapy continues to prove its usefulness in a number of fields. It should come as no surprise then, that amongst a number of prominent proponents of hypnosis, leading American academic, David Spiegel of Stanford University, recently urged NICE to add hypnotherapy to its list of approved treatments for a number of conditions – including allergies and high blood pressure – adding that “It is time for hypnosis to work its way into the mainstream of British medicine”. The trick then, is being able to differentiate between the progressive and the proven and the genuinely 'mumbo jumbo'. As GPs do their best to make this distinction, directives from the top create an increasing division between regulator and medical professional.

Yet, beyond the already existing brouhaha that engulfs the topic of the regulation of alternative therapies in this country, the introduction of the Complementary and Natural Healthcare Council (CNHC) in January of this year has added yet another layer of confusion to the ways in which alternative therapists are allowed to advertise their practices. For where beyond ensuring that its members sign a code of conduct and complete an appropriate period of training, the CNHC actually takes little interest in the validity of the claims made by its members. This, the Economist Newspaper argued back in January of this year, is in direct opposition to new consumer protection laws introduced in 2008, which clearly forbid false claims that a product (or service) can cure a disease. For the scientists and medics already uneasy about the development of alternative therapies, then, the CNHC has only added yet another layer of obfuscation and uncertainty, when what the industry really requires is some genuinely tough questioning about the empirical effectiveness of its practices and even stricter regulation of its future conduct. Until that point is reached, the controversy that surrounds alternative therapies is unlikely to go away.