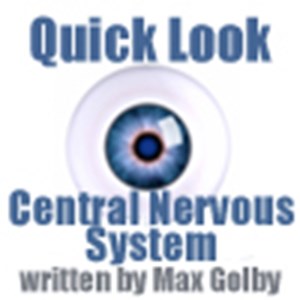 It is perhaps fitting, if not entirely coincidental, that the month that we chose to focus on the important areas of the central nervous system and pain, also coincides with Multiple Sclerosis Awareness Month.
Last Updated: 27-Aug-2010

It is perhaps fitting, if not entirely coincidental, that the month that we chose to focus on the important areas of the central nervous system and pain, also coincides with Multiple Sclerosis Awareness Month. Backed by the Multiple Sclerosis Association of America, the MS awareness month invites both an awareness of the debilitating nature of the disease, alongside an effort to increase worldwide government and NGO funding for the study and treatment of the condition. For that reason, this article will focus primarily on the important new strides in that area.

The central nervous system has for long fascinated scientists as one of the most complex components of the human anatomy. Alongside the peripheral nervous system (PNS), the CNS is responsible for the identification of and reaction to all incoming sensory stimuli. The CNS then produces electrochemical impulses that are distributed by way of the peripheral nerves, thus generating the necessary responses to the conditions in which we are operating. In other words, the CNS allows us to move, it allows us to talk and it allows us to react to any external conditions that we encounter in our day to day lives.

However, perhaps somewhat unsurprisingly, a system of such complexity is also vulnerable to a number of potentially deadly disorders. First lies a plethora of sometimes deadly infections: these range from everything from fungal infections such as meningitis, to bacterial infections like tuberculosis and finally viral infections in the ilk of Encephalitis and Poliomyelitis. Whilst in some cases relatively harmless, a great number of these types of infections can also be deadly, attacking some of the body's most critical faculties in which the CNS operates - from the brain to the spinal cord. Furthermore and in addition to the numerous potential infections of the CNS lies a number of other severe conditions. The autoimmune condition, Multiple sclerosis, is but one major case in point.

Indeed, in terms of an overview of the latest research studies and new treatments in relation to the central nervous system, recent work on the study, and particularly the treatment of Multiple sclerosis is perhaps some of the most exciting out there. The debate over the future funding of MS research also continues to ignite, with a funding campaign launched in Australia earlier this month, where scientists and campaigners alike have been calling for increased government funding for research into the condition. Stressing the importance of building on achievements and progress already made, Bill Carroll, the Chairman of the international review board for MS Research Australia added that: "What we hope to do with this extra funding, and the conditions that we have in Australia, is to try to prevent the disease, and for those who have moderate disease, to try and reverse some of its injurious effects”. Australia is but one of many examples of calls for new funding across the world in this sector.

First and in a potentially exciting step forward for the treatment of multiple sclerosis, University of Bristol 'spin out company', Apitope Technology Ltd is now a step closer to clinical testing of a treatment that Chief Scientific Officer, David Wraith compared to 'therapeutic vaccines'. Closely modelled on the age-old concept of allergic desensitisation, the patient is injected with steadily increasing doses of the allergen, thus provoking a reduction in the symptoms and sometimes, a complete elimination of the hypersensitivity altogether. They are, in the words of Dr. Wraith, 'vaccines that can control the immune response, based on the antigens to which the immune system is responding'. Playing on the knowledge that the so called 'T Cells' (or T-lymphocytes) in the body respond to small doses (peptides) of whatever is causing the allergy, Dr. Wraith explains that his team has been able to devise '...a method of identifying and administering certain peptides so that instead of causing damage, they actually suppress the immune reaction'. Suffice to say, Dr. Wraith is not the only expert to appear excited about the development of the vaccine. Having encountered a severe lack of forthcoming capital for the project from UK investors, Apitope nonetheless received substantial offers from venture-capital companies in Sweden, Germany, Switzerland and France, before signing a deal worth 10 million euros (£7.7 million) with a group of Belgium and Luxembourg based investors and relocating its offices to Diepenbeek, Belgium under the amended operating name Apitope International NV. In addition, the lack of any imminent capital from UK investments during the process points to what Dr. Wraith sees as 'the difficulties UK biotech companies have in raising support'. A worrying trend that has emerged in recent years for UK clinical research.

Also in exciting news for the development of new treatments, Merck KGaA and Fast Forward (a subsidiary of the American National Multiple Sclerosis Society) recently signed a 19 million dollar, two year agreement (with the option for a further three years), with the intent of speeding up research and development into a number of exciting avenues for future MS treatments. Merck KGaA's Merck Serono division intend to use the partnership to prioritize the assessment and eventual funding of the most promising areas of research. "It is with great excitement that our organization supports this initiative with Fast Forward" said Fereydoun Firouz, President and CEO of EMD Serono Inc, adding that the new agreement will endeavour to "explore new avenues to advance new MS treatments with the potential to transform people’s lives".