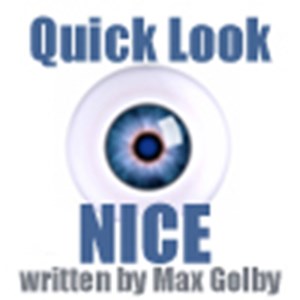 In many ways, the National Institute for Health and Clinical Excellence (NICE) embodies many of the characteristics that define the NHS. In a system of universal access — and in a world where resources are finite — tough decisions inevitably have to be made. And by taking difficult decisions, particularly in reference to end of life care, NICE attempts to make the most of the drugs budget we do have.
Last Updated: 16-Nov-2010

In many ways, the National Institute for Health and Clinical Excellence (NICE) embodies many of the characteristics that define the NHS. In a system of universal access — and in a world where resources are finite — tough decisions inevitably have to be made. And by taking difficult decisions, particularly in reference to end of life care, NICE attempts to make the most of the drugs budget we do have. In addition, the power of a single centralised body is demonstrated through the Institute’s ability to apply a downward pressure on prices. Its bargaining power has frequently resulted in drugs makers lowering their costs in order to gain market penetration. Finally, the quality of the Institute’s work is reflected in the fact that a myriad of other European countries also look to NICE’s judgements for guidance. In an era of QUANGO-bashing, perhaps NICE stands as an example of a quasi-autonomous authority that really does provide a necessary service.

Contrast this with the system in the United States, and it’s easy to see the benefits of some kind of so-called rationing body. According to a 2009 report by Decision Resources, drug costs in Europe are on average 40% less than those in the United States. Even taking a more recent estimate, offered by a team of researchers at the London School of Economics, Americans still pay around 25% more for their drugs than Europeans do. Simply put, evidence-based decision making does have its plus points and there is no getting away from the fact that resources are finite for every economy. Yet pricing differentials aside, the ability to say no to a treatment on the basis of a cost-benefit analysis is an ugly yet entirely necessary function of any sustainable system of healthcare funding.

Perhaps the more important statistic however, is per capita spend. According to figures from the Kaiser Foundation, the United States spends $6,350 per capita on healthcare, approximately 2.25 times more than we spend here in Britain. The absence of meaningful price-controls is just one reason for this. Conversely, as Andrew Jack of the Financial Times points out, even accepting more recent evidence suggesting that such disparity in costs is slowing, this would then challenge the frequent PhRMA assertion that price controls quell innovation. Either way, NICE provides a necessary function in containing otherwise limitless costs.

Staying on the other side of the Atlantic for a minute, during the often fiery debate that took place over universal healthcare during the 2008 U.S. Presidential election, right-wing commentators frequently cited NICE’s decisions as a way of scaring the average American over the prospects of ‘Obamacare’. Look at Britain, they said. ‘Here is a government body that rations your care. Outrageous!’ Yet while this may play well as an act of campaign-trail fear mongering, the problem with such an argument lies in the fact that the United States already rations care, just through an alternative mechanism. It does so, first through the requirement that a citizen must be able to purchase health insurance to afford any level of care, followed by their capacity to buy the kind of ‘gold-plated’ plan that covers every possible eventuality. In other words, insurance companies themselves ration care. This may be an uncomfortable fact for many Republican Congressmen and Tea Partiers, but a fact it still remains.

Thus, having accepted the need for some form of resource rationing, and indeed the ability for government to negotiate on cost, the real question becomes whether or not these decisions really need to be made at the centre. The current coalition government, as in so many other areas of policy, believes not. Instead, and in line with Health Secretary Andrew Lansley’s motto of ‘no decision made about you, without you’, the government is now proposing to rid NICE of its decision-making powers by 2014. Instead, GP consortia will take the real decisions at the local level, while NICE will offer expert advice from the sidelines.

On top of this, a new system of Value-Based-Pricing (VBP) will determine how much the state is willing to pay for new drugs, with GPs then being left to take the ultimate decision at a local level. Under the current system, drugs companies set their prices and NICE decides whether or not the costs outweigh the benefits. Whatever NICE’s judgement, the decision to accept or reject a drug is taken centrally. Yet under the proposed reforms, while the government would negotiate with pharmaceutical companies on price — on the basis of clinical trial data and broader measures of effectiveness — it would then be left to GPs to decide whether or not a patient should receive a drug. In terms of bringing healthcare choices closer to patients, this seems like a sensible idea.

As much as this may be the case, a plethora of commentators are now concerned about the negative effects that such changes may evoke. Arguably the greatest fear, as voiced by Dr Laurence Buckman, chair of the GP’s committee at the British Medical Association (BMA), concerns the degree to which the new system could produce ‘post-code prescribing’, where a certain drug is available in one area but not in another. Speaking to the Financial Times, Mr. Buckman said: “GPs are comfortable in their role as patient advocates but they are not trained or interested in rationing. You could imagine busloads of sick people traversing the country based on rumours that another consortium is offering drugs that their local one isn’t”. A more corporatist critique, offered by the Association of the British Pharmaceutical Industry (ABPI) warns that a system of value-based-pricing, if poorly implemented, could severely damage research investment in the UK.

As in so many other areas of public policy, the government’s proposed reforms to healthcare are nothing if not bold. Get the implementation right and the current government could have a legacy of public services reform to be proud of. Get it wrong and, according to the critics, they’ll do anything from stifle innovation to create a post-code lottery for potentially life-saving medicines. The devil, as always, is very much in the detail.