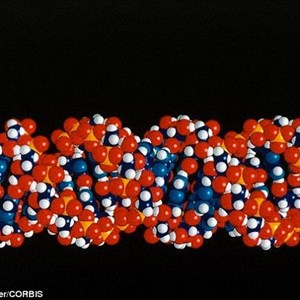 Milk is a nutritious food that provides vitamins, minerals, protein, carbohydrates, as well as depending on the types of milk you drink, some may also have energy-rich fats. However, large amounts of nutrients need to be digested to release their nutritional value.
Editor: Fiona Bingly Last Updated: 30-Oct-2019

As an essential substance for people's daily life, milk is a nutritious food that provides vitamins, minerals, protein, carbohydrates, as well as depending on the types of milk you drink, some may also have energy-rich fats. However, large amounts of nutrients need to be digested to release their nutritional value. As part of digestion, specific enzymes break down the large amounts of nutrients in milk, proteins, carbohydrates, and fats, so your body can absorb and use them.

The strange thing is that some people will have abdominal cramps, diarrhea and paralysis once they have had pure milk. And this reaction is not caused by food spoilage. This symptom is called lactose intolerance. Most of the sugars we consume require enzymes to break it down into simpler sugars. Lactase plays an indispensable role in the process of digesting lactose. If the lactase produced in the small intestine is insufficient, our body will not be able to absorb the lactose in the milk, and the undigested lactose will pass directly through the intestines, causing diarrhea and bloating.

According to the California Dairy Board, 250 ml of milk contains 8 grams of protein, and 500 ml of milk a day provides the protein needed throughout the day. Protein is a macromolecule that cannot be absorbed by the large intestine. The small intestine is the main part of protein digestion. The digestion of protein in the small intestine mainly depends on various proteases secreted by the pancreas. The digestion products are amino acids and small peptides. Our bodies must break them down into constituents that make up amino acids to be absorbed. Many proteases can do this. Some proteases are exopeptidases that break down amino acids from either end of a protein molecule, while other endopeptidases act in the middle of the protein. Together, these enzymes sever a single amino acid to form a free amino acid library that can be absorbed by small intestinal cells.

Lactose or milk sugar is a naturally occurring carbohydrate in milk. Lactose is a disaccharide that cannot be used directly by cells to produce energy, so it needs to be broken down into monosaccharides. There are many disaccharide hydrolases in the digestive tract, such as maltase, sucrase, pectinase etc., and the breakdown of lactose is catalyzed by lactase attached to the outer surface of the intestinal epithelium. Lactose decomposes D-galactose and D-glucose into two kinds of monosaccharides, which can be absorbed by intestinal epithelial cells into the bloodstream and transported to various tissue cells to participate in glycolysis and provide energy for the body.

Different types of milk contain different amounts of fat. The California Dairy Board points out that non-fat or skim milk does not increase the fat in the diet, while whole milk can give you nearly one gram per ounce. Any fat or lipid in the milk you drink needs to be digested with an enzyme called lipase. This digestive enzyme breaks down fat molecules into monoglycerides and free fatty acids. Like amino acids and monosaccharides, monoglycerides and fatty acids are also small enough to be absorbed by the small intestine.

The problem faced by lactose intolerants is that the activity of lactase in their bodies drops significantly or even completely. The resulting energy gap is a trivial matter, because the human body also ingests many other nutrients to make up for the inability to break down the lactose; the serious problem is that lactose cannot be digested or incompletely digested in the small intestine, then cannot be absorbed. Thus, lactose accumulates in the small intestine, causing an abnormal osmotic concentration difference. At the same time, in the large intestine, undigested lactose is used by bacteria in the large intestine, and the resulting metabolites are toxic to the human body. Thus clinical lactose intolerance symptoms such as bloating, cramps, nausea and diarrhea occur.