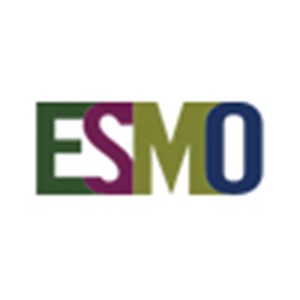 While SIRT was granted CE Mark approval in the EU in 2002 for unresectable liver tumours and has been reviewed by NICE for treatment of primary and secondary liver cancers, there have never been large randomized controlled trials in combination with first-line standard-of-care chemotherapy. The SIRFLOX study, representing the largest interventional randomized oncology study ever conducted and largest randomized study of a liver directed therapy, set out to explore whether combining SIRT with first-line chemotherapy improved control of CRC liver metastases and overall survival.

For the SIRT technique Yttrium-90 labelled coated resin microspheres (Sirtex), just 32 microns in diameter, are injected into the hepatic arterial supply via catheters. Key to success is the initial workup where interventional radiologists use trans-femoral catheters to prophylactically occlude extra-hepatic vessels branching off the hepatic artery to prevent deposition of radioactive microspheres outside the liver.

For the SIRFLOX study between October 2006 and April 2013 530 patients, with non-resectable, liver only or liver dominant (liver plus lung and/or lymph node metastases) metastatic CRC, were randomized 1:1 to either modified (m) FOLFOX6 +/ -bevacizumab (n=263) or mFOLFOX6 +/-bevacizumab + SIRT (n=267).

Data presented at ASCO2015 showed that median overall progression free survival for all patients (including all types of metastases) was similar for the mFOLFOX6 + SIRT group compared to those treated with chemotherapy alone (HR 0.93, , p=0.43). It was felt that the failure to achieve an overall progression free survival advantage for SIRT was due to inclusion of 40% of patients with extra-hepatic disease and 45% with primary tumours still in place. For the current analysis, investigators explored patients with metastases spread only to the liver at study entry (n=318) separately from those with both liver and extra hepatic metastases (n=212).

Guy van Hazel, the co-principal investigator of the SIRFLOX study from the University of Western Australia, Perth, commented, “The liver remains the organ to which colorectal cancer spreads first, and for those patients who are ineligible for potentially curative liver-resection, liver failure due to the growth of liver metastases will unfortunately be the ultimate cause of their death, which makes our findings especially relevant for mCRC patients diagnosed with liver metastases.”