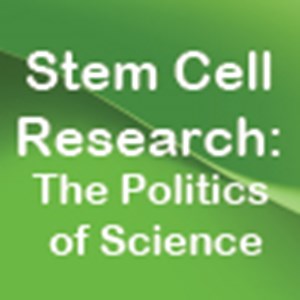 Potentially lifesaving science should not be marginalized to the status of a political football. Yet for so many years in the United States, that’s exactly what stem cell science has become.
Last Updated: 09-Sep-2010

Potentially lifesaving science should not be marginalized to the status of a political football. Yet for so many years in the United States, that’s exactly what stem cell science has become. To be entirely fair to the government of the United States, they’re not the only ones to have been subject to the kind of emotionally-charged debate surrounding the ethics of embryonic stem cell research. Several European Union countries, including Germany and Italy, have long held tough stances on embryonic stem cell research, having banned the production of embryonic cells from pre-existing stem cell lines. In the case of Germany, a country for which genetic research is an understandably sensitive subject, the German government continues to provide generous funding for non-embryonic research as a way of solidifying its stance on the matter.

Back in 2001 the Bush administration issued a directive prohibiting federal funding for all research on stem cell lines produced after that point. Estimates then suggested that only around 65 stem cell lines were in existence worldwide and one critic, Dr. John Gearhart, said that Bush’s decision would “delay the progress we need to bring these therapies to the bedside”. Still not enough for the most Conservative of Americans, the Pope and far-right Republicans called for a complete federal funding ban on the science. Yet in March of 2009, and in one of the most prominent acts of his first hundred days in office, President Obama issued an Executive Order overturning Bush’s decision and ordering the National Institutes of Health (NIH) to produce fresh guidelines on the matter.

Come 2010, and in the most recent round of the debate, a new court ruling has now temporarily suspended President Obama’s Executive Order, citing a routine budgetary amendment called the Dickey-Wicker Amendment. Specifically, Judge Royce C. Lamberth of the US District Court for the District of Columbia delivered an opinion effectively stating that any research that is deemed to have benefited from the destruction of a human embryo (even by private funding) is in breach of the Dickey-Wicker Amendment, which “unambiguously prohibits the use of federal funds for all research in which a human embryo is destroyed". Thus, by this somewhat spurious logic, even if stem cell lines are not obtained by way of federal funds, any subsequent research on them using government funds is in direct violation of the amendment. As one researcher at Stanford University told Nature News: "Basically, they are saying that all ESC research is a part of a broader system of research that includes the initial destruction of embryos. Which would be kind of like saying that all research into nuclear power stems from the Manhattan Project”. More importantly, the ruling goes against all previous interpretations of the amendment – even that taken by the Bush administration.

Going forward, while the Obama administration has promised to appeal against the ruling, the negative implications for federally funded research projects will be hard to avoid – even in the short term. Francis Collins, Director of the National Institutes of Health said he is ‘stunned’ by the ruling, as well as warning that the “decision has the potential to do serious damage to one of the most promising areas of biomedical research, and just at the time when we were really gaining momentum”. Specifically, as well as pulling the plug on over $50 million worth of annual renewals for projects already underway, Collins bemoaned that the ruling will also call an end to an additional 50 grant proposals awaiting peer review. Finally, 12 grants that had already scored highly at the stage of peer review will now see their applications pulled as a result of the ruling. Even more worryingly, Collins says the administration reads Judge Lamberth’s ruling as stating that even those stem cell lines authorized by the Bush administration are now under threat. Alan Trounson, President of the California Institute for Regenerative Medicine (Cirm) condemned the ruling calling it “a deplorable brake on all stem cell research”.

Meanwhile, in more recent days the Obama administration has filed an emergency motion requesting Judge Lamberth to stay his ruling, pending an appeal by the administration. Given the time that such an appeal will likely take, any decision by the Judge to stay his ruling now would be critical to keeping federal funds flowing and potentially life saving research on track.

Nevertheless, as Nature made clear in an editorial back in July, perhaps the greatest potential consequence of this case will be its impact on the wider framework of federal funding for science. Initially at least, the case was dismissed on the grounds that the plaintiffs had no definable interest in its outcome. However, this judgment was subsequently overturned by the Court of Appeals in Washington D.C. on the basis that the plaintiffs, two researchers involved in adult stem cell research, were seeing their existing funding challenged as a result of increased funding for research involving embryonic lines. Hence, the question then becomes: should important research grants be granted on the basis of science, or on the basis of a predefined entitlement to funding? The question is, of course, rhetorical. As the Nature editorial put it most succinctly: “Peer review should be enough to decide which projects merit funding”. And that’s the way it should stay.