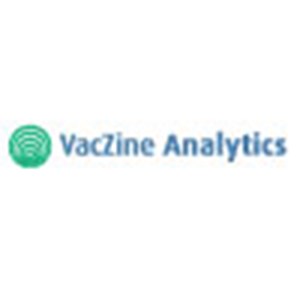 The latest outbreak of influenza virus H1N1 “swine flu” is now widely tipped to cause a global pandemic of unknown severity. Previously, the influenza vaccine community discussed the theoretical limitations of current technologies and capacity. Now they are faced with the reality of these limitations. VacZine Analytics believes H1N1 must change the science of influenza vaccines.
Last Updated: 27-Aug-2010

LONDON, UK 30th April 2009 ExpertREACT. The latest outbreak of influenza virus H1N1 “swine flu” is now widely tipped to cause a global pandemic of unknown severity. Previously, the influenza vaccine community discussed the theoretical limitations of current technologies and capacity. Now they are faced with the reality of these limitations. VacZine Analytics (R) believes H1N1 must change the science of influenza vaccines.

On April 17th 2009, a CDC MMWR dispatch drew attention to two cases of febrile respiratory illness in children living in California, USA (1). The two cases were found to involve an influenza virus that was substantially different from current human (H1N1) viruses. Immediately the finding raised concern that a new “pandemic” influenza virus had emerged with the possibility of human-to-human transmission. Neither child had received the seasonal influenza vaccine and eventually survived. The H1N1 “swine flu” virus is susceptible to oseltamavir (Tamiflu) and zanamavir (Relenza).12 days later, as of April 29, 2009 the US CDC had recorded 91 cases of the same virus and 1 death in a 22 month child (2). In Mexico, which is the source of the new virus, the WHO reports 26 confirmed human cases of infection including seven deaths. The unconfirmed number of H1N1 infections however, stands at >1500 with 168 suspected deaths. Seven other countries: Austria –1, Canada – 13, Germany – 3, Israel – 2, New Zealand – 3, Spain – 4 and the United Kingdom – 5 have confirmed H1N1 cases. The fact that the virus is highly transmissible and spreads between humans prompted the WHO to raise its pandemic alert level from 3 to 4, then to 5. The key question is not whether H1N1 has high pandemic potential; but how severe a resulting H1N1 pandemic might be in terms of human morbidity and mortality.
Before judging the appropriate response from world health authorities, national governments and manufacturers of influenza vaccines, it is worthwhile to make comparisons between H5N1 (avian flu), seasonal influenza and SARS. H5N1, as of 23rd April 2009 has recorded 421 cases and 257 deaths over a number of years (3). Key differences to “swine flu” are a lack of confirmed human-to-human transmission, different geography and a high case fatality rate (>50%). In terms of seasonal influenza, throughout the past few days authorities have wisely reminded the general public that it kills 250 – 500,000 people each year. However, these tend to be vulnerable individuals such as the very young, old or immunocompromised. A pandemic virus might preferentially affect the young, a notorious hallmark of 1918. Lastly, SARS which was a distinct coronavirus, based on data up to 31st December 2003, recorded 8096 cases, 774 confirmed deaths with a case fatality rate of ~9.6% (4). SARS “burnt out” quickly but caused significant, lasting impact.
Therefore what should be the response to H1N1? It is with irony that some experts previously interviewed by VacZine Analytics in March (5) noted that while they did not necessarily think, H5N1 was the next pandemic candidate, its presence did ensure that all countries made the necessary investments, both financial and in terms of planning. These activities will now show benefit over the coming months if the H1N1 situation escalates. However, while general methods of pandemic preparedness such as optimizing the “home front” and antiviral stockpiles are not diminished by the uniqueness of the virus, some elements of our vaccine-based pandemic strategy have immediately become useless for “swine flu”.
Of the approximate $4 bn that has been allocated by the US HHS (6) to building a pandemic vaccine strategy, the benefits of any increases in egg-based production capacity, H5N1 vaccine stockpiles and investments in cell-based expression systems might for the near term be marginal. It has already become clear that manufacturers are already faced with the dilemma of whether to switch to pandemic specific vaccine production away from seasonal flu production. Indeed, meeting the US HHS pandemic preparedness “Vaccine goal 2” of providing 600 million doses within 6 months of pandemic declaration appears a huge task compared to meeting the yearly US demand of seasonal influenza at about ~120 million doses. Moreover, on a global scale it is unlikely that capacity demands for all signed pandemic specific vaccine advance supply agreements can be met.

Over recent years the vaccine industry has worked hard to push forward technological advances in flu vaccine adjuvantation and cell-based production techniques. Both of these theoretically might support increased production capacity but again are unlikely in the near term to help against H1N1 “swine flu”. Indeed, not one novel flu adjuvant is currently US FDA approved although Novartis Vaccines, MF-59 is approved in the EU (>65yrs). Lastly, existing H5N1 stockpiles are unfortunately specific to H5N1.
H1N1 “swine flu” again reminds us that our influenza vaccine technologies must change and our yearly vaccination strategy should not be limited to the prevention of seasonal flu. We require vaccines that are universal, given early and whose usefulness is not subject to unpredictable changes in the hemagglutinin of the influenza virus. This highly challenging goal might be achieved by more investment in universal vaccine antigens such as M2E, other production systems e.g. baculovirus or indeed making multivalent vaccines that contain multiple hemagglutinin antigens from many virus types. Such programs do exist within the industry. Of course, some experts are skeptical and have noted that there are numerous challenges with the lower immunogenicity of other influenza antigens and material from other production systems. But are these challenges higher than having to deal with the situation we are faced with today? When considering the huge amount of financial investment so far placed in our pandemic vaccine strategy, it seems too much of it may have focused on the past.