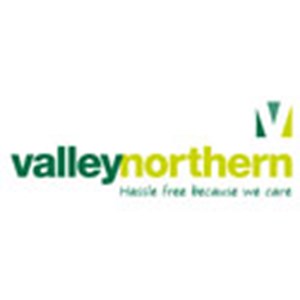 The biggest change to the medical and pharmaceutical industry across Europe, the implementation of the Falsified Medicines Directive (FMD), came in to force in February 2019. So, three months later, what is the status of the directive across and what are the next steps for success? Oliver Pittock, managing director at pharmaceutical packaging expert, Valley Northern, explains.
Editor: PharmiWeb Editor Last Updated: 24-Sep-2019

The biggest change to the medical and pharmaceutical industry across Europe, the implementation of the Falsified Medicines Directive (FMD), came in to force in February 2019. So, three months later, what is the status of the directive across and what are the next steps for success? Oliver Pittock, managing director at pharmaceutical packaging expert, Valley Northern, explains.

The FMD is a legal framework that was introduced by the European Union to improve the protection of the public against counterfeit, falsified and tampered medicines.

The directive orders that the more than 2,200 pharmaceutical companies that hold marketing authorisations to supply prescription medication to countries across the European Economic Area, must upload unique identifier codes for each pack of medicine manufactured or repackaged.

However, even back in August 2018, reports suggested that almost half of companies that hold marketing authorisations would miss the deadline, with only 841 companies having completed the first stage of connection to the new system.

The directive in effect

The FMD came into effect for pharmaceutical suppliers and healthcare providers, including community and hospital pharmacies, on February 9, 2019. From this date, market authorisation holders were required to place two safety features on all new packs of prescription medication placed on market across Europe.

These safety features include a unique identifier (UI) in the form of a 2D data matrix, or barcode, which can be scanned at the various points across the supply chain to determine the medications authenticity. The UI must contain the product details, including name, pharmaceutical form, strength, pack size and type, a serial number, a national identifying code, a batch number and an expiry date.

Prescription packs must also include an anti-tampering device (ATD), which allows visual checks as to whether the pack may have been tampered with since its manufacture. There are no stringent regulations as to what constitutes an ATD, however typical methods include glued down packaging flaps, seals or labels that must be broken when opening, shrink or film wrap, or foil blister packs.

The aim is for wholesalers and pharmacies to scan the UI and compare the data on the pack with the data stored in the National Medicines Verification System (NMVS), which is a digital system that holds all information and UI for medicinal products that are subject to the FMD in each EU Member State.

In the United Kingdom, SecurMed, the UK Medicines Verification Organisation (UKMVO), was established to implement the UK Medicines Verification System to enable FMD compliance across the nation. Other countries have their own version of the UKMVO. For instance, Germany uses securPharm, France MVO supplies France and Sistema Español de Verificación de Medicamentos (SEVEM) provides the FMD drug verification service for Spain.

Since the FMD was implemented in February 2019, there have been some reports of issues that are affecting its success both in the UK and overseas.

On March 21, 2019, it was reported that a number of UK pharmacies were still not compliant with the new regulations and that there had been a number of delays as a result of a lack of clarity, slow roll out of required technology and external factors such as the uncertainty as a result of Brexit.

A further update was issued on March 25, 2019, which suggested that pharmacies across the UK were struggling to deal with false counterfeit alerts, despite 167,000 packs of medication being dispensed without issue since the launch 44 days prior.

At the time, the National Pharmacy Association reported that nearly 9,000 community pharmacies across the UK, around 62 per cent of the total number operating, had registered with SecurMed and that many had experienced minimal disruption to dispensing services.

Yet, the UK FMD Working Group for Community Pharmacy, which is continuing to manage the rollout of the FMD across the community pharmacy sector, claimed, even before the FMD came in to effect, that ‘false positive’ alerts would be problematic — and they were correct.

Many pharmacy systems displayed ‘false alerts’, including ‘unknown product code’ and ‘failed to find batch’ error codes, which were reportedly caused by manufacturers not uploading the relevant data to the system. The UK FMD Working Group for Community Pharmacy issued guidance on managing false alerts on its website, including a flow chart intended to support compliance.

The head of the IT solution, whose responsibilities include all of the bar-coding data, stated that while the system had been built in all 28 Member States, there is a need for a period of stabilisation and inspection to ensure everything is running smoothly.

The roundtable reported a number of challenges to the new FMD regulation including the delayed procurement of new IT systems, the volume of packs being processed, the complexity of distribution pathways specifically within hospitals as well as staff training delays.

However, a number of successes were also identified including support from national bodies, communication between stakeholders, third-party automation providers support, as well as the handing of the aforementioned false alerts.

In the first edition of the e-newsletter, published on April 26, 2019, EMVO provided technical updates on a number of issues, including medication packaging expiry dates not matching the European Medicines Verification System (EMVS).

The newsletter also announced an update of the centralised router, or EU Hub, which transfers the data between the pharmaceutical manufacturers and the wider supply chain. The update will include additional functionality including simplification of the serial number randomisation test, bulk activity capabilities and mandatory national codes, when applicable.

The future of FMD

So, three months on, what does the future hold for the FMD?

The regulation isn’t going anywhere, particularly considering the time it took to implement it across the majority of Europe. In fact, Italy and Greece are still scheduled to go live with the regulations before 2025. Reports also suggest that the loom of Brexit will not affect the regulation either, as the Withdrawal Bill will covert any existing EU law, including the FMD, into UK law. This means that the duties and requirements of the regulations would continue to apply, unless specifically revoked.

While pharmacists on the public front lines may have struggled with the implementation of the FMD with technology delays and minor technical issues, as highlighted in the EMVO newsletter, integration of the FMD into day-to-day pharmacy life has been welcomed, if somewhat delayed.

One leading UK pharmacist commented before the FMD came in to play that they were working on a standalone solution that would form part of the new pharmacy management and record system, which would have an integrated FMD solution. It stated that this new system would provide additional patient safety checks along with FMD compliance, however it would be rolled out to high-street stores later than the February deadline.

Despite the vast change in process, it requires pharmaceutical manufacturers, suppliers and pharmacy staff to work collaboratively to help ensure everything runs as smoothly as possible.

As Hugh Pullen, president of EMVO comments, “The EMVS has a unique structure that really makes [FMD] one of a kind. It will connect around 2,000 pharmaceutical companies, around 6,000 wholesale distribution authorisation holders, 140,000 pharmacies, 5,000 hospital pharmacies and around 2000 dispensing doctors in 28 countries”. He adds; “It would not have been possible to reach this landmark without a strong EMVO team and the substantial collaboration between all stakeholders in the pharmaceutical supply chain.”

So, in what is described as the largest verification system initiative in the world, the overall disruption to patient services and impact on pharmaceutical supply across the EU has been minimal. While some high-street pharmacists are still working to implement the full FMD regulations, the future is promising.

There is certainly opportunity for those across the industry to look back in decades to come, once the regulations have taken full affect across the region, with a sense of pride and satisfaction, particularly if it reduces counterfeit and dangerous medication reaching patients.

Editor’s note: If you want to ensure you keep up to date with all the latest news, opinion focussed content and case studies from Valley Northern, visit the company’s website here: https://www.valleynorthern.com/latest-news