The Future of e-Detailing: 2009 and Beyond 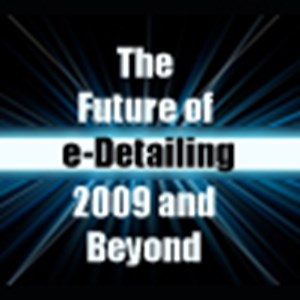 Max Golby, Freelance Journalist, takes a look at the history of the e-Detailing market, considers what the e-Detail of the future might look like and asks what marketing departments can learn from an academic analysis of the instrument.
Last Updated: 27-Aug-2010