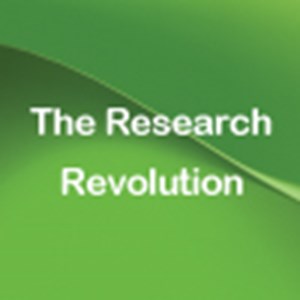 During a time of major economic downturn, there are few industries that can be said to be truly ‘recession proof’. Yet for years now, big pharma has largely been seen as precisely that. After all, no matter dire the markets, and no matter how low consumer confidence plummets, there is always a demand for healthcare.
Last Updated: 27-Aug-2010

During a time of major economic downturn, there are few industries that can be said to be truly ‘recession proof’. Yet for years now, big pharma has largely been seen as precisely that. After all, no matter dire the markets, and no matter how low consumer confidence plummets, there is always a demand for healthcare. Seen from this angle then, it’s almost as good as mandatory spending. Yet as the most recent global economic slowdown has shown, healthcare and big pharma aren’t quite as protected as we might previously have thought. For a considerable proportion of the world’s industries, the most damaging effects of the recent global recession were largely cyclical in nature. As credit markets dried up and banks stopped lending, many firms simply struggled for capital. Factors such as falling consumer demand hit straight at the heart of growth for all but a privileged few. Yet in the case of big pharma today, arguably the greatest challenges are entirely endogenous. They stem directly from within.

For one, there simply aren’t enough new drugs in the pipeline. And where the industry has poured billions into research, few real fruits materialised. For instance, despite spending over $65 billion in the U.S. last year alone, according to the Thomson Reuters subsidiary CMR International the number of new drug launches has fallen consistently by 44% on a yearly basis since 1997. In the words of Eli Lilly CEO, John Lechleiter, “we’re taking too long, spending too much and producing far too little. Re-powering pharmaceutical innovation is an urgent need.” Combine this with the wave of patent expirations that are due to hit the top of the industry over the coming five years and you are faced with an R&D framework that simply demands restructuring. Indeed according to data acquired from EvaluatePharma, the industry is set to lose up to $58bn in global sales from patent expirations in 2011, as blockbuster drugs such as Singulair (Merck), Lipitor (Pfizer) and Nexium (AstraZeneca) all lose their patents.

Rising to the Challenge

Hence, with a wave of new patent expirations on the horizon, falling confidence in internal R&D operations and challenging new regulatory and public sector spending frameworks, in what direction is big pharma turning? So far at least, the answer is fourfold. First, the giants of big pharma are looking to stimulate their pipelines through development-savy acquisitions and mergers. Second, companies are increasingly looking to abandon early-stage development and to buy in to promising new products from small-scale contract research organizations (CROs) and emerging biotech firms. Third, big pharma is turning increasingly to emerging markets in an effort to diversify away from what Glaxo CEO Andrew Witty has described as “white pills in western markets”. Finally, companies like Glaxo and others are looking to alternative, safer channels of revenue, such as non-prescription consumer products, as more traditional revenue sources falter.

Particularly in the case of innovation outsourcing, there seems to be more than a little method behind the madness. According to data acquired in a recent special report by Reuters, for every dollar invested by a major drugs maker in an outside research project, companies will see an up to three times increase on return compared to investing the same dollar in in-house research. With evidence like this on hand then, it’s little surprise that big pharma is pulling back on record internal research investment and shifting its focus to external avenues of development.

Where Cuts Hit the Hardest

In the instance of almost any major restructuring, some fields are inevitably hit harder than others. As a recent feature in the Financial Times has shown, one therapy area that has been hit particularly hard by recent cuts to R&D budgets is mental health. The fundamental reason for singling out mental health research for cuts is quite patent. Not only is it an notoriously expensive field in which to conduct early-stage research, but it presents incredibly high-risks relative to average profits. Thus, in the economic climate in which we currently find ourselves, it is perhaps of little surprise that areas such as mental health were first for the chop.

Announcing the end to his company’s research into antidepressants back in February, GlaxoSmithKline CEO Andrew Witty described the drugs as “among the most expensive, high-risk” products out there, as well as arguing that his company is best served by diversifying into more risk-averse therapy areas in the current climate. Furthermore, in a field where medical definitions are nowhere near as clear as they might be, clinical trials are not only incredibly hard to organize in terms of recruiting appropriate patients, but antidepressants are also some of the hardest drugs to prove above placebo. And while prescriptions of antidepressants continue to rise steadily, real profits are actually falling as patents on older blockbuster expire and more and more generics begin to enter the market.

Under conditions as gloomy as these then, you’d be forgiven for missing the positive. However, as the Financial Times recently noted, while big pharma companies are increasingly scaling down operations when it comes to internal research and development, some firms have also shown a clear willingness to invest in external research projects once they begin to demonstrate a level of mid-term efficacy. For example, back in 2009 AstraZeneca agreed a $1.24bn licensing deal with Targacept, a clinical-stage biopharmaceutical company based in the U.S, for its nicotinic channel blocker TC-5214. This deal is but one example of ways in which big pharma is becoming increasingly open to external channels of innovation.

Yet even accepting of the positives, with a more long-term view in mind surely it is right to question the degree to which this kind of research outsourcing might come to damage the very foundations of healthcare research per se. After all, as the giants of the industry continue to close research units now, such closures will inevitably have damaging implications for in-house research and development in the decades to come. Not only will the big players in pharma lose a lot of their in-house development expertise today, but it may also turn out to be tremendously difficult to simply re-start their operations tomorrow. Even forgetting these concerns, the long-term PR implications may turn out to be equally as damaging. Indeed, for years big pharma has justified its often exorbitant profits on the basis of generous internal reinvestment. In the years to come, it will be almost impossible to say the same.

To come full circle then, while largely sheltered against the normative consequences of economic downturn, big pharma is currently experiencing problems of its own aplenty. Expiring patents alongside relatively empty research pipelines dictate an immediate change in strategy. In terms of short-term commercial implications, a lot of the adaptations currently being made in the form of research cut-backs and development outsourcing make a lot of sense indeed. Moreover, where big companies are cutting back on early stage development, it is positive to note that other, smaller stage players are stepping in to fill some of the void left over.

Yet when looking to the future, several concerns still remain. First, while shares in small biotech firms were largely rocketing before the recession, current capital strains have put additional pressures on even the most promising of projects. This brings directly into question the strategy of relying increasingly on external avenues of research and development. In the second instance, some scientists will worry that stripping internal development units of talent today will produce damaging consequences for the research of tomorrow. Yet no matter how you look at it, a research revolution is most definitely now underway. And to the extent that it’s forcing the industry to address some of its most systemic and long-term challenges, this can only be seen as a good thing.