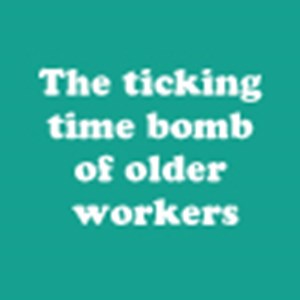 Until 1st October 2011, most businesses adopted the default National Retirement Age (NRA) of 65 for their staff. Under the then law, employers had the right to retire employees at 65, provided they followed the statutory retirement procedures.
Last Updated: 15-May-2012

Until 1st October 2011, most businesses adopted the default National Retirement Age (NRA) of 65 for their staff. Under the then law, employers had the right to retire employees at 65, provided they followed the statutory retirement procedures. If such procedures were followed, such a dismissal would be neither unfair nor amount to age discrimination.

Under external pressure from Europe and some internal pressure from organisations like Age UK, the Coalition Government scrapped the NRA and the statutory retirement procedures. On the same day that the NRA ended, the Equality Act 2010 (“the EqA”) – consolidating all discrimination laws – replaced the Employment Equality (Age) Regulations 2006, which had governed age discrimination until then. The EqA set out the test for businesses that wanted to retain a compulsory retirement age of 65 or otherwise. Simply, the test is that an employer will need to show that setting a compulsory retirement age served a ‘legitimate aim’ of the business and that aim was achieved by ‘proportionate means’; in other words, a set retirement age must be appropriate and necessary in the circumstances.

With many people currently having to work longer, the abolition of the NRA was generally welcomed at the time by those that did not want to, or could not afford to, retire. Employers have for the most part accepted the change with “gritted teeth”, knowing the legal difficulties of forcing retirement. With a gradually increasing age profile across workforces, businesses may well have to contend with higher payroll costs by retaining older workers for fear that to retire them will end in litigation. This may make it cost prohibitive for employers to bring in “new blood” to re-vitalise their workforce and do nothing to improve the youth unemployment figures nationally.

With the loss of the ability to “cull” an older workforce at 65, employers will have less scope for retaining and promoting younger employees when older employees occupy senior roles. However, in the recent case of Seldon v Clarkson Wright and Jakes [2011], which involved a solicitor forced to retire from a partnership, the Supreme Court ruled that a retirement age of 65 was permissible. Lady Hale in her leading judgment said: “Improving the recruitment of young people, in order to achieve a balanced and diverse workforce, is in principle a legitimate aim”. “But”, she went on to say, “if there is in fact no problem in recruiting the young and the problem is in retaining the older and more experienced workers then it may not be a legitimate aim for the business concerned”. However, this is a difficult test in practice. It is one thing to establish a ‘legitimate aim’, for example recruiting and retaining younger employees, but it is quite another that a set retirement age was an appropriate solution to that problem.

It will not be long before the adverse consequences of abolishing the NRA will start to bite. The Government does not appear to be sympathetic, as under the Pensions Bill announced in the Queen’s Speech on 9 May 2012, the existing “complex” system will be replaced with a new single tier pension and bring forward an increase in the state pension age to 67 between 2026 and 2028. Unless you are wealthy or have been financially astute, the average employee by definition may well be working until they are at least 70.

Employers will sooner or later have to decide how to tackle the problem of older employees who by circumstance or design will not want to retire and whose performance, through no fault of their own, deteriorate. So, what is the most efficient way to deal with this? Performance-manage them out of the business? Make life difficult and hope they retire? Create a sham redundancy? Simply pay them off? All of these options are fraught with difficulty and this is a ticking time bomb that, before long, will start to explode.

So, what can employers legitimately do? Acas (Advisory, Conciliation and Arbitration Service) advocate having regular conversations with all employees about a business’s expectations and what is expected of its employees, their performance and future plans. This should apply to both younger and older employees. Employers should keep a basic record of conversations, objectives and progress. Employees of differing ages do not have to be treated the same but they should be treated fairly and consistently. If one group of employees is treated less favourably because of their age this will be age discrimination, unless that treatment can be objectively justified as a proportionate response to a legitimate need. This will provide business with the ability to manage “change” and put succession plans in place.

This process must be documented and the employee warned at all stages of the consequences in not reaching each stage of the PIP. Any resultant dismissal would be for ‘capability’ and a potentially fair reason. A cautionary word of warning, along with age comes the possibility of physical or mental impairment, which may be a disability within the EqA. Therefore, it is important that any failure to achieve PIP targets is not because of an employee’s disability. If in doubt, advice may need to be sought from an occupation health physician. If a disability is identified then PIP targets may need to be ‘reasonably adjusted’ to take account of an employee’s disability.

Equally, employers could set a compulsory retirement age, and yes, you read this right! The test of objective justification is, as set out above, not an easy one to pass and it will be necessary to provide supporting evidence but is permissible. In setting a compulsory retirement age, employers should: (i) set out in writing the reason why; (ii) collate evidence to support this reason; and (iii) consider if there is an alternative, less or non-discriminatory way of achieving the same result.

The legal test is ‘objective’ and not ‘subjective’ justification. Employers should also follow a fair procedure when retiring employees. Adequate notice of impending retirement should be provided and consider any request by an employee to stay beyond the compulsory retirement age as an exception to the general policy where practicable, and ensure consistency of treatment to such requests. If a business does dismiss an employee on reaching the compulsory retirement age, this will be for ‘some other substantial reason’ and a potentially fair reason.

This is a very difficult area of the law for employers. On the one hand employers do not want to be accused of age discrimination, but on the other hand they have to act in the best interests of the business, even when this means replacing older workers with a younger, fresher work force. However, before rushing into any decisions, employers must consider all the options available to them as any rash decisions could cause more harm than good.

Marc Jones: After qualifying as a barrister, Marc joined Turbervilles as an employment partner in June 2004.
Turbervilles: Turbervilles Solicitors is a leading full-service Middlesex-based law firm, specialising in employment, family and property law.