The Trouble With Healthcare Reform 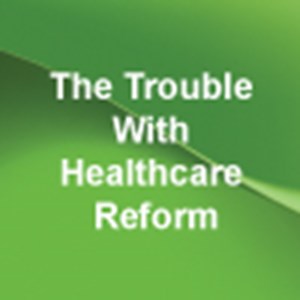 When David Cameron recently found himself in the hot seat on the BBC’s Andrew Marr Show, one policy area brought challenges beyond all others. Healthcare reform, Mr. Marr suggested in a short exchange, is swiftly becoming a major source of controversy for this government.
Last Updated: 19-Jan-2011

When David Cameron recently found himself in the hot seat on the BBC’s Andrew Marr Show, one policy area brought challenges beyond all others. Healthcare reform, Mr. Marr suggested in a short exchange, is swiftly becoming a major source of controversy for this government. And from a brief appraisal of the scale of criticism now facing the government both in the press and in industry, it is clear that Mr. Marr’s observation rests on a great deal more substance than the Prime Minister, nor his Health Secretary Andrew Lansley, would readily admit.

When first announced late last year, the government's proposed reforms of the NHS, as enunciated in the White Paper ‘Equity and Excellence: Liberating the NHS’, were received to considerable applause from most quarters. Indeed, in a climate of increasing cost pressures and rising inflation, almost everyone accepts that some kind of reform is necessary. While making a key speech on public sector reforms earlier in the week, Prime Minister David Cameron referred to the folly of "pretending that there is some easy option, of sticking with the status quo”. Or to paraphrase Mikhail Gorbachev during the revolutionary events of 1989, 'he who lags behind events loses'. In the case of the health service today, standing still is simply not an option.

Predictably enough however, the devil still very much lies in the detail. Hence even against this backdrop of considerable optimism, significant concerns were still raised. Not only by the most prominent and respected health think tanks, such as the King’s Fund, but also by powerful forces within the health service such as the Royal College of General Practitioners and the British Medical Association (BMA). Largely the same concerns exist today, only on an increasingly wider scale. Namely, while independent think tanks such as the King's Fund wrote optimistically of some of the proposed reforms in principal, they like so many other commentators worry about the pace as well as the nature of their implementation.

The good news for the government is that on the fundamental tenets of reform, the response has from the start been positive in the main. Responding to proposals that have frequently been referred to as ‘the biggest shake up of the health service for 60 years’, Chris Ham and Anna Dixon of The King's Fund wrote positively of many of the ideas proposed in the White Paper. Or as they put it themselves in their official response paper ‘many of the changes set out in the White Paper, such as involving GPs in commissioning and increasing the choices available to patients, have the potential to help to improve performance’. Dr Hamish Meldrum, Chairman of the BMA also referred to several elements of the proposals that ‘doctors can support and want to work with’. Thus in terms of the real grain of the proposals, much of the earliest feedback was favorable.

Yet as both commentators and healthcare professionals have begun to come to terms with what these changes will actually mean for the health service in practice, cynicism has started to replace optimism. Not necessarily in terms of the quality of the ideas themselves, but with particular reference to the pace of their implementation and the structural upheaval that they will create in the health service. Hence while such criticism remained reasonably muted at first, in recent weeks reservations have multiplied markedly. Most worryingly, a significant proportion of this dissent has been voiced by the very same professionals that will be charged with implementing the government’s reforms in the months and years to come. In the past week more than 100 doctors, including 20 academics, have signed an open letter to the British Medical Association, outlining their opposition to plans that they charge will ‘destroy’ the health service, as well as questioning the union’s strategy of engagement with ministers. ‘The NHS really is in your hands’, they write, adding that ‘now is the time to mobilise the profession and stop these damaging reforms, which will not only destroy the NHS but also profoundly affect the social fabric of our nation’.

And when one looks at the scale of the changes being proposed, there is perhaps good reason to question everything in precise detail. Specifically, not only does Mr. Lansley propose to hand over the nearly £80bn commissioning budget to general practitioners — closing Primary Care Trusts (PCTs) and Strategic Health Authorities (SHAs) by 2013 in the process — but in a bid to increase competition, his proposals will also grant patients the right to register with any GP, irrespective of their postcode. Regardless of the potential merit of these plans, there is no doubting the inherent risk that they present.

Perhaps the greatest example of such dissent concerns the question of practice-based commissioning. When presented in theory, the seemingly simple idea to place the procurement of patient services in the hands of local doctors receives considerable support from professionals and commentators alike. Yet when one considers the practical implementation of such a system, considerable questions arise. For while some GPs would welcome the changes — and have indeed long called for such a system — other less adaptive practitioners oppose the plans and would, many suspect, have great trouble adjusting to them. As Chris Ham of the King’s Fund recently put it ‘while some consortia will be able to assume their functions quickly, others may not be ready by April 2013, the date set for the full transfer of commissioning to consortia’.

Thus one of the greatest challenges facing the government will be sufficiently testing such measures before they are implemented fully across the health service by 2013. And as Ham acknowledges, the recently announced pathfinder pilots represent a genuine step in the right direction. ‘The fact that the pathfinder consortia present a wide range of different models, covering very different populations in both size and geography, is positive’, he wrote, adding that ‘properly evaluated, this programme will help to uncover the practical lessons before a national roll-out’.

While unquestionably standing as the indispensible bulwark and defender of our society, democracy, Churchill once argued, is “the worst form of government, except for all those other forms that have been tried from time to time”. Perhaps there is something to that argument here too. Indeed when the brunt of criticism concerns not the nature of the proposals but the pace of their execution, one wonders why the government is so opposed to suggestions to stagger their implementation and to take greater heed of such warnings from within industry itself. For example, The King’s Fund suggests a much steadier pace of roll out: giving those GPs who are already experienced in the methods of practice-based commissioning real budgets now, while at the same time engaging in a considered roll-out across the rest of the country. Existing structures, such as primary care trusts, should not be eliminated at once, but should instead be phased out over time, giving GPs the necessary time to adapt to their new roles as healthcare commissioners. The resistance of the government to such proposals, it might be suggested, is dictated far more by political expediency than by empiricism and logical clarity. This coalition government, like all others, has a life expectancy otherwise known as a term limit. The desire to push reforms through, and to implement them within a Parliament, is a natural pressure for this government as it is for any other. In an ideal world however, the sound execution of policy always comes before politics.

In the end, it is hard not to admire the ambition of this government. While Andrew Lansley looks set to turn the NHS on its head, turning commissioning over to GPs and abolishing PCTs in the process, Ian Duncan Smith is making radical, if entirely necessary, changes to the welfare system. The concern however revolves not predominately around the ideas being put forward, but the way in which they are implemented. These concerns are no greater than in the area of healthcare reform. Judging by recent levels of criticism, such concerns are unlikely to dissipate in the near future. As the Economist puts it in its most recent editorial on the matter, ‘in truth, no one knows what will happen until the reform is tried’.