The use of Implantable Corneas from Pig Skin to Restore Vision 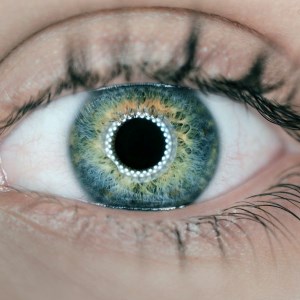 Scientists in Sweden from Linköping University have successfully developed implantable corneas from pig skin for 14 previously blind patients. From sites in Iran and India, a study was performed on 20 patients who got an implant for restoring their corneal thickness and curvature to a normal level. The visual outcome was perfect as a human-donated cornea was used.
Editor: PharmiWeb Editor Last Updated: 25-Aug-2022

From sites in Iran and India, a study was performed on 20 patients who got an implant for restoring their corneal thickness and curvature to a normal level. The visual outcome was perfect as a human-donated cornea was used.

Fourteen patients entered the pilot study blind, and after two years, all had regained vision. Two patients even reached 20/20 eyesight after the procedure. The implants are safe to be used, and the researchers did not detect any surgical complications from the new, minimally invasive approach they developed with pig-skin-derived corneas that they used for healing wounds quickly.

The study published Thursday in Nature Biotechnology was co-led by researchers from the Swedish bioengineering company LinkoCare Life Sciences AB. Mehrdad Rafat an adjunct associate professor at the Department of Biomedical Engineering at Linköping University said in a statement that the safety and effectiveness of the bioengineered implants have been the core of our work. Rafat was the brain behind the design and development of these novel implants and is also the founder and CEO of LinkoCare.

He stated that significant efforts were made to ensure that their invention is made available widely and affordable by all and not just by the wealthy. He added that the technology can be used in all parts of the world. This was also part of the motivation to conduct the pilot in Iran and India, where corneal blindness is prevalent, but there are few donors and treatment options.

Globally, there are more than 12 million people who are blind as a result of damaged, weak, or diseased corneas. Although there are medicines used for slowing down blindness, the only way to restore vision is to take out the old cornea and replace it with a new and healthy one. Finding donor corneas is challenging, and also the transplants are expensive and can only be performed in large specialised centres, eventually only one in seventy patients get to receive a transplant.

The Linköping team used pig skin sourced from the food industry to address the supply shortage and high barriers to access. The extracted collagen underwent a rigorous purification process and was produced under tightly controlled conditions to make it fit for human use. The loose collagen molecules were then stabilised and arranged into a translucent film to create a robust corneal transplant.

Whereas donated corneas last for only two weeks, the pig-derived implants can withstand storage for up to two years.

The novel corneal implants will join a fast-growing therapeutic space provided it is established as safe, and effective in larger and more expensive clinical studies.

According to the analytics firm Vision Research Reports, the corneal implants market is around $420 million this year but it is expected to increase to $700 million by 2030. This growth is due to the rising prevalence of corneal diseases and the interest of industries in bioengineered, 3D-printed, and stem cell-derived corneas.

Take assessments and work with a facilitator to see which roles you’re going to thrive in. Help hiring managers see what you’re capable of by having a kickass CV and online profiles. Work with one of our coaches to blow their mind with your interview technique. Use our negotiation courses to get paid what you’re really worth. And keep perfecting your approach so you achieve your most ambitious goals. Because you deserve an amazing career that really works for you and your life