Top 3 Syringe and Needle Companies in the United States

As we progress through the global pandemic and drive closer to having a vaccine available, companies are now preparing supplies such as needles and syringes. We have compiled the top three companies to watch as distributors for needles and syringes in the United States.
Editor: Mya Hastie Last Updated: 20-Nov-2020

Becton Dickinson produces billions of syringes and takes advantage of economies of scale to produce and sell syringes at a lower cost than many of its competitors. Our analysts expect them to maintain their large market share and dominant position in the market, barring any outcomes from patent infringement or lawsuits by competitors that may negatively affect the company’s position. 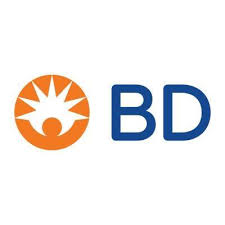 Becton Dickinson (BD) was founded in 1897 with a vision to “improve outcomes for patients”. BD is the leading competitor in the market for syringes and needles, holding over 70% share. The company also leads in supplying syringes and needles to hospitals, where it was estimated to control over 80% of sales in 2019.

BD has committed more than 800 million needles and syringes to date in support of COVID-19 vaccination campaigns globally. The US government recently placed orders for 286 million needles and syringes from BD, with 256 million to be supplied by January 2021. These devices will be utilized to  deliver a safe, effective COVID-19 vaccine to millions of Americans as soon as one is available.

Cardinal Health was originally  founded in 1971 as “Cardinal Food” , the company was initially a food wholesaler. After acquiring the Bailey Drug Company in 1979, it began wholesaling drugs as Cardinal Distribution, Incorporated. Cardinal Health now holds the second largest share of the needle and syringe market.

Novo Nordisk was founded in 1925 with the initial announcement being for Insulin Novo and the Novo Syringe.  Novo Nordisk’s strong presence in the insulin pen needle segment makes it the third-leading competitor in the total U.S. syringe and needle market. The company markets the NovoFine® and NovoTwist® product lines. The company has a strong presence in the diabetes market, including devices such as insulin pens and needles, and diabetes medicines. 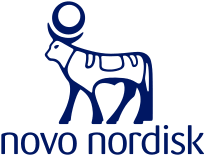 The combined market for needles and syringes is dominated by Becton Dickinson, Cardinal Health and Novo Nordisk. However, many small competitors have been able to carve out a modest share in this market. Additionally, price sensitivity of customers in the long-term care and personal use market segments has created the opportunity for generics and foreign competitors to gain share in the U.S. insulin syringe market. Together these market players will provide many benefits in the market, including safer COVID19 injections.

Overall, the U.S. syringe and needle device market was valued at $1.6 billion in 2019. The market size is expected to increase at a CAGR of 1.9% to reach nearly $2 billion by 2026. The needle market represents 54%, while the syringe market represents 46%.