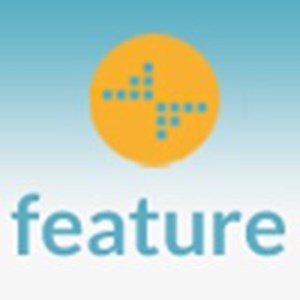 From the development of new drugs to the innovation of beyond-the-pill services and cutting-edge technology, the pharmaceutical industry has been successful in expanding its horizons in order to meet the demands of its consumers and cater to the unique needs of several patients around the globe.
Last Updated: 18-Dec-2016

From the development of new drugs to the innovation of beyond-the-pill services and cutting-edge technology, the pharmaceutical industry has been successful in expanding its horizons in order to meet the demands of its consumers and cater to the unique needs of several patients around the globe. These advancements in the field of pharmacy have significantly reshaped the current health care landscape, thereby bringing noteworthy benefits to its stakeholders. All of which are influenced by certain factors such as the prevalence of chronic diseases requiring lifelong treatment, increasing demand for new drugs that can cure or manage difficult-to-treat and rare  diseases, and changes in both government and regulatory policies pertaining to drug development and approval.

These leaps are driven by the ultimate goal of achieving sustainable healthcare. Hence, to achieve this target, pharmaceutical companies have to envision the emerging trends that will help the industry prosper and to embrace the opportunities the future has to offer.

1. Collaborations and Industry consolidation through merger and acquisitions

According to Thomson Reuters, deals in the pharmaceutical industry have reached $59.3 billion in the year 2015, “a 94% increase over that same period a year ago, and the highest value for this stage in any year since 2009”. This information implies that merger and acquisition (M&A) have existed over the past years. Though M&A is not considered as a new concept, 2016 has been a year of ‘merger mania’ and will most likely continue as a trend in the coming years. M&A is also predicted to go beyond pharma-pharma partnerships and extend their collaborations with other industries such as biotechnology and medical technology (Fisher, 2015).

The current health care system emphasizes on the curative aspect of patient care, which merely permits short encounters with healthcare providers. Aside from this, healthcare system in some parts of the world  is largely paper-based. However, several countries are currently in the process of adopting information technology (IT) which provides opportunities to facilitate evidence-based practices and generate accurate information that can measure the quality of services received by the patients. This gradual shift of healthcare paradigm gives way to the improvement of processes and workflow that can enhance quality, safety, accessibility and cost-efficiency of healthcare products and services (Serbanati, Ricci, Mercurio, & Vasilateanu, 2011).

The term biosimilar is defined as a ‘biological product that is approved based on a showing that is highly similar to an already approved biological product known as a reference product’. Its safety and effectivity must not show any clinically significant difference from the reference product. One popular example of biosimilars is Sandoz, Inc.’s Zarxio, the first biosimilar product approved in the U.S. by reference to Amgen, Inc.’s Neopogen (Filgrastim). Biosimilars, such as Zarxio, are said to provide access to important therapies for patients who need them, according to FDA Commissioner Margaret A. Hamburg, MD (U.S. Food and Drug Administration, 2015).

Man-machine interface has been a significant breakthrough in the medical and pharmaceutical field. An example of this is the discovery of scientists from Massachusetts Institute of Technology. They are in the process of developing a smart tattoo with nanoparticle ink that can track glucose levels in diabetic patients. In addition, researchers from Chongqing University in China have developed a prototype temperature-controlled drug release system using titanium nanotubes covered in a layer of hydrogel (PricewaterhouseCoopers, 2012).

Patient centricity entails a holistic approach in promoting total well-being. Hence, health interventions should not solely focus on the treatment and management of acute diseases, but also on the preventive aspect of care. Through this, patients will be empowered to make decisions based on the knowledge they obtained from different sources such as from their health care providers. Patient centricity also enables them to gain independence in both managing their health conditions and preventing the occurrence of co-morbidities.