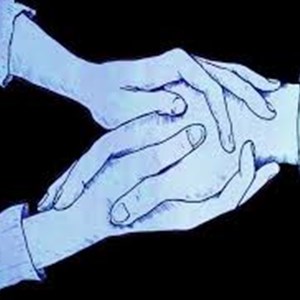 Many previous studies, including a recently published paper in the Journal of Personality and Social Psychology by Dr. Robert Levenson and Dr. Kuan-Hua Chen at the University of California, Berkeley, has found that couples with higher relationship satisfactions showed greater linkage in their physiological responses (for example, heart rate and skin conductance) during face-to-face interactions, which suggests a greater “biological connection” between the couples.
Editor: Kelly Tipper Last Updated: 13-Oct-2020

Many previous studies, including a recently published paper in the Journal of Personality and Social Psychology by Dr. Robert Levenson and Dr. Kuan-Hua Chen at the University of California, Berkeley, has found that couples with higher relationship satisfactions showed greater linkage in their physiological responses (for example, heart rate and skin conductance) during face-to-face interactions, which suggests a greater “biological connection” between the couples. In addition, there has been emerging evidence further suggesting that “being physically linked” with a partner’s physiological response may even have important implications to individuals’ mental and physical health. For example, more recent findings from Dr. Levenson and Dr. Chen’s group suggested that a couple’s physiological linkage can predict their mental and physical health—in both healthy married couples and couples in which one person is the spousal caregiver of the other who is diagnosed with a neurodegenerative disease.

Building upon this, researchers wanted to better understand whether synchronicity of objective physiology indicators between dementia patients and their caregivers also correlates to the influences between each other outside the laboratory and real life. In one recent study, Dr. Levenson and Dr. Chen had 22 patients and their spousal caregivers wear a wrist-mounted actigraphy monitor in their homes for seven days. They found that the more “linked” (particularly more synchronized) the patient’s and the caregiver’s activity was, the less anxiety the caregiver reported that they experienced.

Understanding How Synchronicity Can Predict Physical and Mental Health

In all of the above studies, the linkage and relationship/health data were collected around the same time, therefore the researchers could not know whether greater linkage produced better relationship/health outcome, the vice versa, or both. In addition, research participants in these previous studies were mostly living in the San Francisco/Northern California areas, therefore the researchers could not know whether the effects that they found could be generalized to couples living in other, more rural areas in the United States (e.g., Montana).

To address these issues, Dr. Levenson and Dr. Chen have recently launched a research project that aims to recruit 300 patients-and their familial caregivers (therefore, the total number of participants will be 600) and study their activity linkage in their homes for six months. Over the study period, both the patients and caregivers will wear the TRACMO CareActive Watch continuously for six months, and caregivers will be monitored periodically for their mental and physical health changes.

In order to carry out their study, the researchers needed a wearable device that would allow them to collect daily, real-time data from their subjects with the least amount of interference possible. However, the researchers found the traditional consumer wearable smart devices had a lot of shortcomings in a research setting, including short battery life, inaccurate location data, and complexity when it comes to usage. Tracmo’s CareActive Watch provided the researchers with the perfect solution.

“We selected the Tracmo CareActive Watch because of its long battery life, ability to provide near continuous monitoring of wearers’ movement and relative position in the home, and ready

access to data uploaded to the cloud,” according to Dr. Chen. “In our view, the CareActive Watch provided the optimal feature set for our needs and the company’s technical support was exemplary.”

The progression of dementia can be rapid therefore it can make both the patients and caregivers feel anxious. This rapid progression also means that long term follow-up is usually required, but medical resources are limited - the time between every visit is too long for doctors to observe its change. With Tracmo CareActive Watch, the objective data are directly collected and recorded at home in real-time and can help doctors to evaluate and diagnose. It is very useful and helpful when dealing with cross districts, cross countries, and telemedicine and virtual-medical services.

“The Tracmo CareActive Watch’s user-friendly app allowed our sample of elderly research participants to complete self-installation with minimum frustration,” according to Dr. Levenson. “By having people with dementia and their familial caregivers both wear CareActive Watches, we are able to monitor and analyze longitudinal changes in movement and in-home location during individual activities and social interactions. This data is useful in helping us predict changes in the health and wellbeing of participants in our research studies.”

The research target is to utilize the various activity indicators to establish behavioral analysis models, furthermore to predict the behavior changes and give early warnings of potential risks of mental health for caregivers. The ongoing study has shown that wearing CareActive Watch helps increase self-awareness of patients and caregivers, and improve the relationships through self-monitoring. It benefits not only dementia patients but also caregivers' mental health.