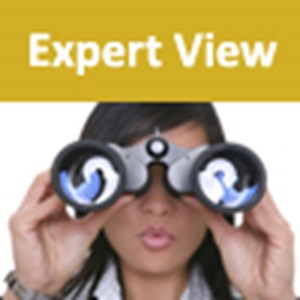 Spanning one third of the globe's circumference and home to more than half of the world's population, the Asia Pacific region is incredibly diverse. This year's World Vaccine Congress Asia highlighted the enormous variation in the vaccine landscape in the region, owing to a myriad of political, cultural, economic and geographic differences.
Last Updated: 27-Aug-2010

Spanning one third of the globe's circumference and home to more than half of the world's population, the Asia Pacific region is incredibly diverse. This year's World Vaccine Congress Asia highlighted the enormous variation in the vaccine landscape in the region, owing to a myriad of political, cultural, economic and geographic differences.

The Asia Pacific vaccine landscape is characterized by vast diversity. For instance, while 15 poorer Asian countries are eligible for funding from the Global Alliance for Vaccines and Immunization (GAVI) program, the continent is also home to developed countries, such as Japan, Korea and Taiwan, and emerging economies, such as India, Malaysia, Thailand and China. Many in the latter groups are self-sufficient in funding national vaccination programs and even have a local vaccine industry. This contrasts starkly with those countries that rely on funding or external sources for their vaccine campaigns. The perceptions of the benefits and risks of vaccinations also range widely, both regionally and within individual countries, from enthusiastic acceptance to skepticism.

Such differences were highlighted in several talks at the World Vaccine Congress Asia, held in Singapore from June 8 to 11, 2009. During a panel sessions, three key opinion leaders discussed the situation for vaccination in their respective countries: Sengpraseuth Vanthanouvong, chief of the mother and child healthcare division at the hygiene and prevention department of the Ministry of Health in Laos; Pengiran Hishamuddin, head of the disease control division at the Ministry of Health in Brunei; and Maria Luningning Villa, program facilitator of the Association of Southeast Asian Nations (ASEAN) Plus Three Emerging Infectious Disease Programme from Indonesia.

In rich Brunei, vaccination is freely available to 95% of children. The country is currently focusing on the introduction of combination vaccines and the injected polio vaccine, while also investigating needle-free administration technologies. Another interesting issue highlighted by Mr Hishamuddin is a potential preference for products manufactured according to halal standards in Muslim countries.

The situation in Laos stands in stark contrast and illustrates the challenges faced by many developing nations. Low vaccination rates are the result of difficult geographic and climatic conditions, an underdeveloped infrastructure, and a shortage of financial resources and skilled personnel at both the planning and service delivery levels. Key focal points for Laos remain the coverage increase for basic Expanded Programme on Immunization (EPI) childhood vaccination, the eradication of measles and polio, and, further down the line, the introduction of vaccines against Haemophilus influenzae type b (Hib), pneumococcal disease and rotavirus.

Insight into the Indian market was provided by K V Balasubramaniam, managing director of Indian Immunologicals. According to Mr Balasubramaniam, current Indian human vaccine sales of $140m are growing fast and undergoing a change from an institution-driven to a private retail-oriented market. Currently, 10 companies market 18 human vaccines, mainly covering rabies, polio, hepatitis B and measles. Mr Balasubramaniam expects the number of available vaccines and technologies to grow to up to 25 by 2012, including vaccines against Japanese encephalitis, dengue, human papillomavirus (HPV), hepatitis A and rotavirus. However, he predicted that due to the increasing healthcare and manpower costs in India, government spending in the sector would decline, leading to the emergence of a large private sector market for vaccines. Regulatory requirements, which have been tightened in recent years, are likely to become even stricter, and local manufacturers will see competition growing from international vaccine companies, particularly GlaxoSmithKline, Sanofi Pasteur and Merck & Co. The speaker noted that India is slowly losing its competitive edge over other emerging markets, particularly China.

Mr Bing Zeng, vice president of China National Biotec Group (CNBG), the largest manufacturer and supplier of vaccines in China, provided an overview of the situation in his country. The Chinese vaccines market, valued at roughly $1 billion in 2008, is growing fast in both the public and private sectors at a rate exceeding 30% per year. While EPI vaccines are still a central focus for the Chinese government, opportunities exist for non-EPI vaccines, particularly varicella, rotavirus, Hib, pneumococcal disease and influenza.

The market is fairly fragmented and competitive, currently consisting of 32 local manufacturers and eight multinational companies. Mr Zeng pointed out China's key advantages: market size, strong growth in demand and low-cost manufacturing. However, these are partially offset by the regulatory situation and little experience with vaccines in many parts of China. Local Chinese manufacturers like CNBG are now looking to expand further through in-licensing of modern vaccine technologies, accessing new markets and becoming more integrated into the global vaccine industry network.

Vaccination schedules and coverage rates vary widely across Asia. Some countries only provide free EPI vaccines (such as DTP, BCG, polio and hepatitis B), while others have a basic schedule of free EPI vaccines supplemented on a national basis with additional vaccines. Still others operate through independent, self-funded national schedules. World Health Organization prequalification, followed by distribution of pediatric vaccines through Unicef, is still the method of choice for vaccine distribution in many Asian countries. Some countries (such as India) have a two-tiered system with co-existing private and public markets for vaccination. Coverage rates for basic vaccines such as DTP vary widely from almost 100% in places like Japan, Malaysia or Thailand to as little as 45% in Laos and Papua New Guinea. Rather than introducing additional immunizations to national schedules, many countries' primary objective is to improve the coverage for existing vaccines by improving affordability of and access to these products.

Key diseases to target for the East and South East Asian markets include Hib, hepatitis B, meningitis, pneumococcal disease, HPV, rubella, Japanese encephalitis and dengue. Other changes that are due are the switch from the whole-cell pertussis to the acellular pertussis vaccine and from oral to injected polio immunization. Targeting the portfolio of therapies to the local disease burden is another key step to success, though this is not an easy task in the absence of good disease surveillance data for many Asian countries. International organizations, politicians and vaccine manufacturers need to support surveillance efforts, particularly in poorer countries. Datamonitor believes that a careful analysis of the available epidemiology, coupled with an assessment of the healthcare, regulatory and political infrastructure on a country-by-country basis, will be instrumental in delivering the best outcome for both public health and vaccine manufacturers in Asia.