LONDON – 12 November, 2019 – Charity Parkinson’s UK today announced an international partnership with US-based organisation, The Parkinson’s Foundation who have granted £200,000 towards a potential new therapy for people with Parkinson’s as part of the Parkinson’s Virtual Biotech, led by the charity.

The Parkinson’s Foundation grant will help support a project seeking to discover new ways that may prevent brain cell death by stabilising the source of energy essential to cell survival, the mitochondria. This is the first international funding received by Parkinson’s UK for the Parkinson’s Virtual Biotech and signals the start of a joint trans-Atlantic mission to fast-track the best scientific ideas towards groundbreaking new treatments for Parkinson’s.

"We are delighted to receive this investment from the Parkinson's Foundation to support a growing portfolio of projects in the Parkinson’s Virtual Biotech,” said Steve Ford, Chief Executive at Parkinson’s UK. “While we have made huge strides in our research efforts, we have long recognised that we can’t do it alone. The Parkinson’s Foundation shares this philosophy that we’re better together and their investment marks a new chapter that will help ensure the Parkinson’s community receives the new treatments it needs.”

“We are pleased to partner with Parkinson’s UK to further innovative research that will help the international Parkinson’s community,” said John Lehr, President and Chief Executive Officer at the Parkinson’s Foundation. “This collaboration will help us better serve people living with Parkinson’s today while furthering the promise of a cure tomorrow.”

The two organisations will also partner on an awareness and fundraising event called Parkinson’s Revolution, an indoor cycling experience taking place on February 8, 2020 across the United States, Canada and the United Kingdom. The event will raise awareness and funds for Parkinson’s research and programmes, while promoting the benefits of exercise as a vital component to maintaining balance, mobility and other activities of daily living with Parkinson’s.

Anyone can get Parkinson’s, young or old. Every hour, two more people are diagnosed.

Parkinson’s is what happens when the brain cells that make dopamine start to die. There are over 40 symptoms, from tremor and pain to anxiety. Some are treatable, but the drugs can have serious side effects. It gets worse over time and there’s no cure. Yet.

But we know we’re close to major breakthroughs. By funding the right research into the most promising treatments, we get closer to a cure every day.

Until then, we're here for everyone affected by Parkinson’s. Fighting for fair treatment and better services. Making everyone see its real impact.

We are Parkinson's UK. Powered by people. Funded by you. Together we'll find a cure.

Advice, information and support, is available via our website, www.parkinsons.org.uk, or our free, confidential helpline on 0808 800 0303.

About the Parkinson’s Virtual Biotech

It takes the most promising research and partners with institutions and pharmaceutical companies worldwide to develop the findings into plausible drug treatments. Currently there are projects at the discovery, preclinical and early clinical development stages.

With no large teams of scientists or expensive labs to run, the Parkinson’s Virtual Biotech ensures that every penny of the annual £4m investment goes on what matters most: fast tracking the projects with the greatest potential to transform the lives of people with Parkinson’s.

No one else is doing this. It’s a bold risk. But we believe it will deliver a groundbreaking new treatment by 2024. Because people with Parkinson’s won’t wait. Together, we’ll find a cure.

To find out more, visit https://www.parkinsonsvirtualbiotech.co.uk/ 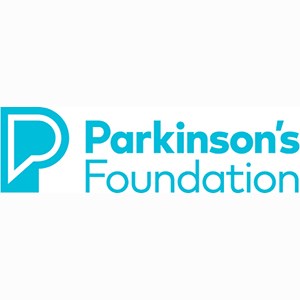