DARMSTADT, Germany, Nov. 26, 2019 /PRNewswire/ -- Merck, a leading science and technology company, today announced that the Japan Patent Office and the Intellectual Property Office of Singapore have each allowed the company's patent application for the use of paired CRISPR nickases, bringing Merck's number of patents to 22 worldwide.

"Paired nickases represent a significant step in increasing specificity through a highly flexible and efficient approach to reduce off target effects in gene editing," said Udit Batra, member of the Merck Executive Board and CEO, Life Science. "Merck's technology improves CRISPR's ability to fix diseased genes while not affecting healthy ones, therefore improving the accuracy of potential gene therapy treatments."

These patents cover a foundational CRISPR strategy in which two CRISPR nickases are targeted to a common gene target and work together by nicking or cleaving opposite strands of a chromosomal sequence to create a double-stranded break. This process can optionally include an exogenous or donor sequence for insertion in the same manner as Merck's patented CRISPR integration technology. The requirement of two CRISPR binding events greatly reduces the chances of off-target cutting at other locations in the genome.

In addition to Japan and Singapore, Merck has CRISPR-related patents in the following regions: Australia, Canada, China, Europe, Israel, South Korea and the U.S. The company was awarded its first foundational patent in Australia covering CRISPR integration in 2017, and its first U.S. CRISPR patent for proxy-CRISPR in 2019.

Merck has been at the forefront of innovation in the field for 15 years, with experience spanning from discovery to manufacturing. As both a user and supplier of genome-editing technology, Merck supports research with genome editing under careful consideration of ethical and legal standards. The company established an independent, external Bioethics Advisory Panel to provide guidance for research in which its businesses are involved, including research on or using genome editing. Merck has also defined a clear operational position considering scientific and societal issues to inform promising therapeutic approaches for use in research and applications.

All Merck news releases are distributed by email at the same time they become available on the Merck website. Please go to www.merckgroup.com/subscribe to register online, change your selection or discontinue this service.

About Merck
Merck, a leading science and technology company, operates across healthcare, life science and performance materials. Around 56,000 employees work to make a positive difference to millions of people's lives every day by creating more joyful and sustainable ways to live. From advancing gene- editing technologies and discovering unique ways to treat the most challenging diseases to enabling the intelligence of devices – Merck is everywhere. In 2018, Merck generated sales of €14.8 billion in 66 countries.

Scientific exploration and responsible entrepreneurship have been key to Merck's technological and scientific advances. This is how Merck has thrived since its founding in 1668. The founding family remains the majority owner of the publicly listed company. Merck holds the global rights to the "Merck" name and brand. The only exceptions are the United States and Canada, where the business sectors operate as EMD Serono in healthcare, MilliporeSigma in life science and EMD Performance Materials. 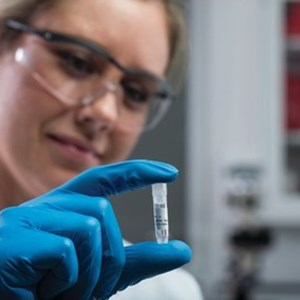