Diagnosing Respiratory and Cardiac Diseases Through Voice: Vocalis Health Closes Merger and a $9M Investment Round to Create a Global Leader in Vocal Biomarkers

TEL AVIV, Israel and NEWTON, Massachusetts, Dec. 11, 2019 /PRNewswire/ -- Beyond Verbal and Healthymize, two early-stage Israeli AI healthtech companies, announced today a merger to create a joint company that will be a global leader in vocal biomarkers. The new company, to be called Vocalis Health, will be based in Newton, MA and Israel, and will receive a US $9 million investment from a syndicate of funds led by aMoon, Israel's largest healthtech and life sciences fund. The merger and funding are expected to be completed before the end of 2019.

Vocalis Health develops an artificial intelligence-based platform that uses voice to evaluate an individual's health status. With Vocalis Health, healthcare providers can leverage remote voice interaction through a call center or smart device to passively screen and monitor millions of patients that live with a range of voice-affecting diseases, like chronic respiratory or cardiac conditions or depression. Vocalis Health's early clinical data demonstrates the ability to efficiently triage and monitor chronic patients.

"The merger of Beyond Verbal and Healthymize sets a precedent for early-stage start-ups in the Israeli market", said Roy Wiesner, Managing Director at aMoon who led the investment. He explained, "We quickly realized the opportunity of combining forces by leveraging their joint datasets, pipelines, strengths and talents, to create a leader in the vocal biomarkers space."

Tal Wenderow, joined Beyond Verbal earlier this year as the President and CEO, and will serve as President and CEO of the newly formed Vocalis. Prior to joining, Mr. Wenderow co-founded and served as a senior executive at Corindus Vascular Robotics, which was recently acquired by Siemens Healthineers for approximately $1.1 billion. Mr. Wenderow praised the synergies between the two companies. "Voice technology can passively and consistently monitor health and provide valuable information to our patients, providers and caregivers and positively impact the way we deliver health throughout the world. We have the unique opportunity to combine talents and deliver remarkable products, via collaborations with leading hospitals, payers and pharma companies. I am extremely excited to lead the combined company with Dr. Shady Hassan as the company transitions to an early commercial stage."

Dr. Shady Hassan, MD, co-founder and CEO of Healthymize, will serve as Chief Medical Officer and COO of Vocalis Health. "During my work as a physician, I noticed that patients' voices can be indicative of their health status. Similar to the way that my ear could detect a change in the patient's status by listening to their voice, a sophisticated AI-based algorithm could do the same consistently on smart devices. Combining the teams will maximize our efforts to generate new clinical data, while continuing to develop new vocal biomarkers in other fields like congestive heart failure (CHF), sleep apnea, neurological disorders, and mental health.

Vocalis Health expects to use the proceeds from the current round of investment to recruit additional talent, enhance its voice database and continue to validate its offering through clinical trials. The combined company intends to advance its vocal biomarkers platform, obtain regulatory clearances and launch its product offering in 2020.

Vocalis Health, an AI healthtech company, is developing a platform of diverse vocal biomarkers to monitor and diagnose health when a person speaks. Vocalis' solution, seamlessly integrated into remote care, is designed to improve the care and management of patients with chronic disease by providing valuable patient heath indicators through analysis of their voice. While the Vocalis' platform is applicable to multiple chronic disease indications, the company's initial focus is on cardiovascular and respiratory conditions. 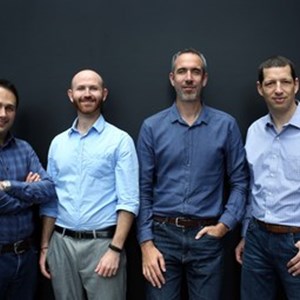