DENVER, Dec. 12, 2019 /PRNewswire/ -- United Cannabis Corporation (OTCBB: CNAB) (the "Company" or "United Cannabis") announced today that it has received a Notice of Allowance from the United States Patent and Trademark Office ("USPTO") for its application for a new patent that claims methods of using and preparing cannabinoid formulations.  The allowed application will mature into an issued patent once the issue fee is paid to the USPTO.

Jesús Vázquez, Vice President and General Counsel of the Company and who was recently named as one of the "50 Most Influential People in IP 2019: Industry Leaders" by the publication "Managing Intellectual Property," commented: "The new patent will compliment and will have the same priority date as our '911 Patent.  It will be a valuable addition to the Company's patent portfolio."

Earnie Blackmon, Chief Executive Officer of United Cannabis, commented: "This  development further confirms and protects our innovative approach to the advancement and use of cannabinoids for medical applications. As the broader medical and regulatory communities begin to recognize the opportunities within the sector it is increasingly important that we protect the innovations we have developed and the investment we have made along the way."

United Cannabis Corporation is a biotechnology company dedicated to the advancement of cannabinoids for medical applications and is building a platform for designing targeted therapies to increase the quality of life for patients around the world. The Company develops, produces and distributes proprietary cannabis-centric products and technologies, including its patented product brand, Prana Bio Nutrient Medicinals, and has established a strong presence in the hemp-derived CBD market, with a state-of-the-art grow, processing, testing and production facility in Colorado. United Cannabis also licenses its intellectual properties relating to the legalized growth, production, manufacture, marketing, management, utilization and distribution of medical and recreational marijuana and marijuana-infused products. Most importantly, United Cannabis is always driven by its underlying mission to help people in pain.

United Cannabis trades on the OTCQB under the symbol CNAB.

Certain statements in this news release may contain forward-looking information within the meaning of Rule 175 under the Securities Act of 1933, are subject to Rule 3b-6 under the Securities Exchange Act of 1934, and are subject to the safe harbors, created by those rules. All statements, other than statements of fact, included in this release, including, without limitation, statements regarding potential future plans and objectives of the company, are forward-looking statements that involve risks and uncertainties. There can be no assurance that such statements will prove to be accurate and other results and further events could differ materially from those anticipated in such statements. Future events and actual results could differ materially from those set forth in, contemplated by, or underlying the forward-looking statements. 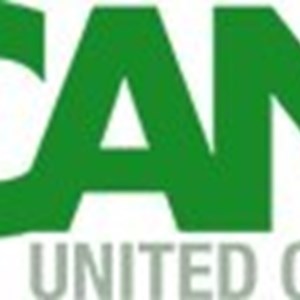