The second China International Import Expo, which was founded by China, is the first national exhibition in the world to be the subject of import. Its value begins with trade and goes beyond trade. The exhibition has attracted 181 countries, regions and international organizations, and more than 3800 enterprises participated in the exhibition, and more and more world partners joined. They are attracted by the Chinese market, but also by the concept of "China transmission, world sharing" open cooperation. As exhibitors in RCEP member countries say, today's annual Expo is a big event for supporters of open cooperation and free trade around the world.

A Worry Is Dispelling.

The spice trade, once supported by the Maritime Silk Road, is connected to China and India. In a peaceful and mutually beneficial way, China has brought tea, porcelain, silk, and back to pepper and other valuable spices. The concept of mutual benefit and win-win trade between the two countries has always remained in the historical memory of exchanges between the people of the two countries. "I find that our spices are still quite competitive in the Chinese market. Just like our ancestors did. " At this Expo, an Indian spices dealer who participated in the exhibition excitedly showed the account book, which is full of contact details of the purchasers negotiated these days. In the RCEP negotiations, India has not joined the group. In response, China expressed its understanding of some of India's worries and welcomed the "India is ready to join". Understanding and welcome are being reflected in this open cooperation platform. This year, 90 Indian exhibitors participated in the Expo, which provides a platform for India to promote local economic development and investment environment. The National Pavilion of India also held business meetings off-site, hoping to dock more Chinese companies. Worry is normal. But I've seen a good partnership here, and there's a win-win, "said the Indian spice manufacturer.

A Chain of Cooperation Extends.

Last year, buyers and trading groups from all over the country participated in the Expo for the first time, many people like into a strange "new world." Even with an experienced and old foreign trade, it has also been shaken by the gathering of the global exhibition and the gathering of global commodity services. In just 6 days, many business cooperation opportunities collide intensively, and some only sign the big orders. n one year, 1.3 million first exhibitors were on the ground in China, and most of the intention-to-contract and cooperation agreements have been completed or are in progress. IFadoni of Indonesia's National Natural Gas Company participated in the Expo for the first time. This is a very professional industry, not many people come to ask every day, but each time people will sit and talk for nearly half an hour or more. As the reporter saw in the scene, a Shaanxi purchaser and Fanny tried to negotiate repeatedly and repeatedly confirm the focus on the notebook with the other party, and finally put forward to go to the field visit. "when the trade chain is long, the industrial chain will become longer. Everyone benefits from raw materials to production, to sellers, buyers, final consumers, and intermediate service providers. "

A Series of New Technologies.

In this year's import expo, the start of the new product has become the focus of more attention. Initial statistics, new products in the global or mainland China, new technology or service 391, higher than the first. Because of the global cooperation chain formed by the Expo, innovation is the most explosive link. 5G telemedicine ultrasound system, construction waste recycling crusher, intelligent snoring pillows, folding screen mobile phones, temperature monitoring "binoculars" and a series of global enterprises developed for China, customized new products and new technologies for China, become innovative vane at this Expo, and will lead the industry to a broader market through the Expo. More global chains of cooperation have landed outside the venue. Just as the Expo was held, new advances were made in the heavyweight projects of the two exhibitors: on November 8th, Tesla Motors' Shanghai-Lingang plant piloted the launch of a tesla production in China, and on the same day, SAIC-Volkswagen's MEB new energy plant was inaugurated in Anting, Shanghai, as a sign of Volkswagen's transition to new energy.

On the eve of the closing of the import expo, a government representative of the Indonesian National Library told reporters that she was deeply infected with the innovative atmosphere at the conference. "We should see the benefits of import trade. To import new products, the new technology can stimulate domestic innovation and promote the development of the domestic industry. China's continuous import fair is the reason to tell the world." 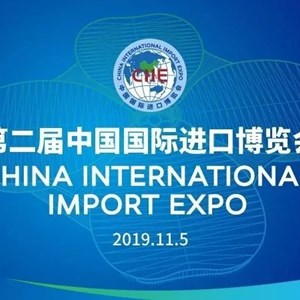