BOSTON and MONTRÉAL, Jan. 9, 2020 /PRNewswire/ - enGene Inc., the biotechnology company developing rationally designed gene therapies targeted to mucosal tissues through its proprietary non-viral vector DDX® platform, today announced the appointments of Sharon Tan as Vice President and Head of Program Management, and Lance Dieter as Vice President of CMC and Head of Manufacturing, to further propel the development of the company's gene therapies.

"As we continue to advance our pipeline of gene therapies for potential treatments and cures, the addition of talented and dedicated people will continue to be crucial to achieving our mission," said Jason Hanson, President and CEO of enGene. "The addition of Sharon and Lance to our growing team in Boston highlights our drive to bring forward meaningful medications to impact patients' lives."

Ms. Tan brings to enGene extensive experience in preclinical and clinical gene therapy program leadership and management. Prior to joining enGene, she led programs from pre-clinical stage through IND-enabling and into Phase 1/2 human studies as Executive Director at Ultragenyx Gene Therapy. Prior to Ultragenyx, she served as Executive Director at Enzyvant as well as Global Project Head at Sanofi Genzyme where she led early and late-stage clinical development programs in the multiple rare disease areas.

"I am honored to join the growing team at enGene and to be part of fulfilling the company's vision of becoming the leader of innovative gene therapies that improve patients' quality of life," said Tan.

Mr. Dieter joins enGene with over 23 years' experience spanning from bench research to product licensure, including analytical and process development and manufacturing integration. He started his career in vaccines bioprocess development at Merck & Co., where he grew his CMC career for 19 years. Most recently, Mr. Dieter served as the Director of Process Development/Scale-up at Moderna in Cambridge, MA, where he and his team were responsible for development and GMP manufacturing of multiple programs at various stages of clinical development.

"enGene's DDX® platform represents a new era in gene therapy – one which can potentially transform how we treat and cure diseases. I am thrilled to join such an innovative company at this important inflection point as enGene advances its first wave of genetic medicines," said Mr. Dieter.

About enGene Inc.
enGene Inc. is a biotechnology company developing a proprietary non-viral gene therapy platform for localized delivery of nucleic acid payloads to mucosal tissues. The dually derived chitosan (DDX®) platform has a high-degree of payload flexibility including DNA and various forms of RNA (siRNA, shRNA, lncRNA etc.) with broad tissue and disease applications. In addition to developing gene therapies for mucosal tissues such as the bladder, enGene has developed a unique gut-optimized gene delivery formulation into an orally available Gene Pill™ to provide oral delivery of a wide range of protein drugs. Oral gene delivery is a revolutionary improvement over current protein-drug delivery methods which involve injections and represent risks of side effects, high cost, poor patient compliance and systemic problems due to the need to administer higher doses. The company is evolving its technology to enable treatments of all mucosal tissues such as the lung and eye among others. www.engene.com/ 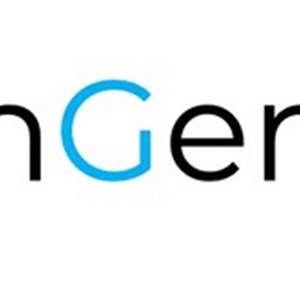