OKAYAMA, Japan, March 24, 2020 /PRNewswire/ -- In a recent study published in the Journal of Alzheimer's Disease, researchers at Okayama University developed a technique to uncover molecules within the blood which can help doctors differentiate patients with Alzheimer's disease from healthy individuals.

Alzheimer's disease (AD) is highly prevalent in regions with aging populations such as Japan, China, and Western Europe. The condition severely impairs one's memory, cognitive abilities, and mood. Diagnosis of AD is tricky and forces neurologists to rely on a battery of tests. Additionally, AD is often confused with mild cognitive impairment (MCI), a milder version of the disease. A group led by Professor ABE Koji from the Department of Neurology at Okayama University has now identified molecules in the blood which can help discern patients with AD from those with MCI, as well as healthy individuals.

Besides examining symptoms closely, neurologists detect AD by measuring toxic proteins the brain and the cerebrospinal fluid (CSF)—a clear fluid that runs through the nervous system. However, extracting the CSF from patients involves a painful procedure. The research team, thus, used the blood—an easily extractable fluid—to investigate proteins that may aid with detection. Biochemists typically use a technique called 'mass spectrometry' to analyze proteins in the blood. However, the blood also contains some bulky proteins which can clog the instruments used in this technique. Ironically, removing these proteins also eliminates their docking partners known as peptides, which contain important information about an individual's health status. Professor ABE's team developed a method of separating the peptides from the bulky proteins and transferring the former on to a chip which can be analyzed on a sensitive mass spectrometer. Blood samples of AD patients, MCI patients, and healthy individuals were subsequently tested.

The blood peptides of these three groups did indeed appear different, with a set of four specific peptides showing the most varied patterns. These peptides appeared to be high in the AD patients, moderate in the MCI patients, and low in healthy individuals. As expected, these peptide levels also coincided with each individual's cognitive performance on a clinical test. Individuals with higher peptides did worse on the test. When some individuals were subjected to brain scans, it was found that AD patients showing an accumulation of toxic proteins in their brains also had high peptides in their blood. Thus, patterns of the four peptides in the three groups were in sync with the other detection tests. Finally, a deeper delve into the biology of these peptides hinted that they were linked to inflammation in the brain.

"The present study provides a new diagnostic biomarker set for MCI and AD by a new peptidome technology, but also suggests an important pathomechanism of AD for neuroinflammation," propose the researchers. While the blood peptides can be used as an easy and cheap method of diagnosing AD in the clinic, the peptide separation technology can be used for discovering markers for other diseases.

Alzheimer's disease: Alzheimer's disease affects more than 6.4 million people in Japan. The disease has no cure at present and therapeutic strategies can only impede its progression. In order to provide timely treatment, an accurate and early diagnosis is vital. Unfortunately, at present neurologists do not have one definitive method of detection. Brain scans and CSF extraction are also expensive and inconvenient techniques. Thus, the research community is directing their efforts at developing a blood-based detection test. Given that blood is easy to draw from patients, such tests can be repeated often and also performed periodically to monitor whether therapeutic strategies are working.

Okayama University is one of the largest comprehensive universities in Japan with roots going back to the Medical Training Place sponsored by the Lord of Okayama and established in 1870. Now with 1,300 faculty and 13,000 students, the University offers courses in specialties ranging from medicine and pharmacy to humanities and physical sciences. Okayama University is located in the heart of Japan approximately 3 hours west of Tokyo by Shinkansen. 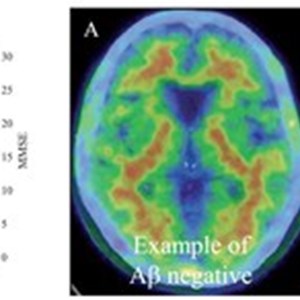