VAUGHAN, ON, March 31, 2020 /PRNewswire/ - CannTrust Holdings Inc. ("CannTrust" or the "Company", TSX: TRST, NYSE: CTST) announced today that the Company has obtained an order (the "Initial Order") from the Ontario Superior Court of Justice (Commercial List) (the "Court") granting protection under the Companies' Creditors Arrangement Act (Canada) ("CCAA"). In accordance with the Initial Order, all creditors of CannTrust, CannTrust Inc., CTI Holdings (Osoyoos) Inc., and Elmcliffe Investments Inc. (the "Applicants"), as well as the plaintiffs in the putative class actions and other litigation brought against the Applicants, will be stayed from enforcing their claims. The Initial Order provides for a stay of proceedings in favour of the Applicants for an initial period of 10 days, subject to such extensions as the Court may subsequently order, and the appointment of Ernst & Young Inc. as Monitor in the CCAA proceedings.

After reviewing a number of options, CannTrust's Board of Directors determined that commencing CCAA proceedings is in the Company's best interests. The Company hopes to exit CCAA protection well-positioned to rebuild its stakeholders' trust and deliver high-quality, innovative products to its patients and customers.

Pursuant to the Initial Order, the Court has granted a stay of proceedings that will allow CannTrust to, among other things:

Despite the efforts by CannTrust's management and Board of Directors to preserve the Company's cash liquidity while seeking to restore the Company to operations and resolve the multiple litigations and other contingent claims facing the Company, the Company's future remains uncertain. Without its cannabis licenses, the Company has been unable to generate any meaningful revenue since June 2019. The Company has not filed any financial statements subsequent to its interim unaudited comparative financial statements for the three months ended March 31, 2019, which, together with its financial statements for the year ended December 31, 2018, are subject to restatement. Furthermore, the effects of the COVID-19 pandemic have exacerbated what were already difficult circumstances, introducing potential delays in Health Canada's ability to review the Company's applications for reinstatement of its Niagara and Vaughan licenses and making it even more challenging for CannTrust to attract new financing or a strategic partner.

CannTrust is expending significant time and money pursuing the completion of its remediation plan and defending the putative class actions against the Company in multiple jurisdictions.  There can be no assurance that Health Canada will reinstate CannTrust's licenses or that the Company's litigation will be resolved in the near term or on a basis that will leave the Company with sufficient financial resources to resume operations. At present, and in light of seeking CCAA protection, its reduced liquidity position and the contingent claims it is facing, the Company does not intend to devote additional time or money towards curing its public disclosure defaults by completing and resuming the filing of required reports under Canadian and United States securities laws. As of March 20, 2020, CannTrust had a cash balance of approximately $145 million. If Health Canada elects to reinstate CannTrust's cannabis licenses, it would take several months for the Company to begin earning revenue and the Company would require significant working capital to restore its operations and return to profitability. Similarly, there can be no assurance that the Strategic Process will result in any transaction, and there can be no assurance that the Strategic Process or the outcome of the CCAA proceeding will provide any residual value for the benefit of holders of the Company's Common Shares.

Trading in CannTrust's common shares (the "Common Shares") on the Toronto Stock Exchange (the "TSX") and New York Stock Exchange (the "NYSE") has been halted and the Company expects that, as a result of having filed for protection under the CCAA, the Common Shares will soon be delisted from trading on the TSX and NYSE. In addition, CannTrust anticipates that, as a result of the Company's filing for protection under the CCAA, its pending delisting by the TSX and NYSE, and its continuing default of its disclosure obligations under applicable securities laws, provincial securities regulators in Canada will issue a cease trade order to prevent any trading in the Common Shares in Canada.

A copy of the Initial Order and other information will be available on the Monitor's website at http://www.ey.com/ca/canntrust.

This press release contains "forward-looking information" within the meaning of Canadian Securities laws and "forward-looking statements" within the meaning of the United States Private Securities Litigation Reform Act of 1995 and other applicable United States safe harbor laws, and such statements are based upon CannTrust's current internal expectations, estimates, projections, assumptions and beliefs and views of future events. Forward-looking information and forward-looking statements can be identified by the use of forward-looking terminology such as "believes", "expect", "likely", "may", "will", "should", "intend", "anticipate", "potential", "proposed", "estimate" and other similar words, including negative and grammatical variations thereof, or statements that certain events or conditions "may", "would" or "will" happen, or by discussions of strategy.

The forward-looking information and statements in this news release include statements relating to the Company's CCAA proceedings, Strategic Process, any residual value for the benefit of holders of the Company's Common Shares, the delisting of the Common Shares from the TSX and NYSE, the corrective actions being taken by the Company, and Health Canada's pending determinations. Forward-looking information and statements necessarily involve known and unknown risks, including, without limitation: the outcome of the CCAA proceedings or the Strategic Process; actions taken in respect of the Company's products by its customers and regulators; results of Health Canada's investigation, including orders and compliance measures required by Health Canada and their impact on the operations, inventory, assets and financial condition of the Company; the Company's implementation of remediation plans and related actions; regulatory approval; the outcome of the Company's contingent liabilities; the impact of potential regulatory investigations; risks associated with general economic conditions; the impact on the Company of the COVID-19 pandemic; adverse industry events; loss of markets; future legislative and regulatory developments in Canada, the United States and elsewhere; the cannabis industry in Canada generally; and, the ability of CannTrust to implement its business strategies.

Any forward-looking information and statements speak only as of the date on which they are made, and, except as required by law, CannTrust does not undertake any obligation to update or revise any forward-looking information or statements, whether as a result of new information, future events or otherwise. New factors emerge from time to time, and it is not possible for CannTrust to predict all such factors. When considering these forward-looking information and statements, readers should keep in mind the risk factors and other cautionary statements in CannTrust's Annual Information Form dated March 28, 2019 (the "AIF") and filed with the applicable Canadian securities regulatory authorities on SEDAR at www.sedar.com and filed as an exhibit to CannTrust's Form 40-F annual report under the United States Securities Exchange Act of 1934, as amended, with the United States Securities and Exchange Commission on EDGAR at www.sec.gov (the "March 2019 Form 40-F"). The risk factors and other factors noted in the AIF could cause actual events or results to differ materially from those described in any forward-looking information or statements. Readers are also reminded that CannTrust remains in default of its periodic disclosure requirements under applicable securities laws and stock exchange requirements, that its most recent AIF, Form 40-F and other disclosures do not reflect all risk factors that currently face the Company, and that such risk factors have not been updated or revised since the date of filing of such documents, and that the Company has not completed or filed the restatements of the financial statements included in the AIF or the March 2019 Form 40-F or otherwise filed an amendment to such Form 40-F. As noted in this press release, in light of seeking CCAA protection and other factors, at present, the Company does not intend to devote additional time or money towards curing its public disclosure defaults by completing and resuming the filing of required reports under Canadian and United States securities laws.

The TSX and NYSE do not accept responsibility for the adequacy or accuracy of this release. 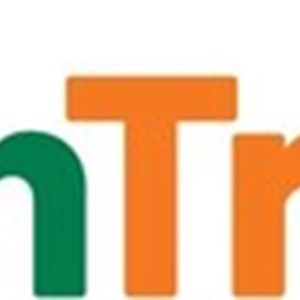