POTSDAM, Germany, April 27, 2020 /PRNewswire/ -- Since 15 April 2020, German pharmacies have been able to purchase the active ingredient dronabinol (also known as tetrahydrocannabinol or THC) directly from Cantourage – the new supplier of dronabinol, which is pure THC as an API (active pharmaceutical ingredient). Cantourage is therefore also helping to improve the supply situation in times of Corona. Dronabinol represents roughly 30% turnover of the overall medicinal cannabis market in Europe. Canopy Growth has acquired the dronabinol business of Bionorica in 2019 for 226 MEUR* and is now being challenged by the new competition with the best value proposition for pharmacies in Germany and Europe. Cantourage has its own exclusive production relationship with Israeli cannabis producer BOL (Breath of Life) Pharma for dronabinol, which pharmacies use to make patient-specific drugs. Cantourage was established by the former founders of Pedanios, Dr. Florian Holzapfel and Patrick Hoffmann, together with Norman Ruchholtz. In the past, they developed Pedanios into the European market leader for cannabis flowers and have sold Pedanios in 2017 to Aurora Cannabis. At Cantourage, they are now continuing the success story of medical cannabis in Europe and offer a new service for companies outside Europe.

The medical cannabis market in Germany is growing rapidly: It is expected that one million patients will be treated with medical cannabis in 2024**. Based on past developments, the sales volume for dronabinol will continue to multiply over the coming years. Demand for dronabinol in the European market has so far been met by just one manufacturer. Cantourage breaks this monopoly of Canopy Growth and strengthens the supply situation in times of Corona. The founding team of the new dronabinol supplier includes pioneers of the German medical cannabis market: Pedanios founders Dr. Florian Holzapfel and Patrick Hoffmann.

Dronabinol API Cantourage as drops or capsules for many indications

The active ingredient 'Dronabinol API Cantourage' is available for pharmacies to order directly from Cantourage and via wholesalers. Pharmacies process it mainly into either drops or capsules for patients according to the DAC monograph and dronabinol is therefore easier and more targeted to dose than cannabis flowers.

Tamir Gedo, CEO of BOL Pharma, is excited about entering the European market with Cantourage: "We are the market leader in Israel. The European market entry is the next logical step in our internationalization strategy. With Cantourage, we have found the ideal partner because we have known each other for several years and we are convinced by the team and its know-how."

First Pedanios, then Aurora, now Cantourage: the founding story and a think tank for cannabis companies outside of Europe

Dr. Florian Holzapfel and Patrick Hoffmann founded Pedanios in 2015, the first company in Germany to specialize in the distribution of medical cannabis. Within less than a year, Pedanios covered 80 percent of the entire market for medical cannabis flowers. In 2017, they sold Pedanios to the listed Canadian company Aurora Cannabis. Now, they are continuing to shape the medical cannabis market in Europe with Cantourage.

Dr. Florian Holzapfel sees the company as a think tank for cannabis: "Breaking the dronabinol monopoly is our first step towards creating added value for patients, pharmacists and health insurance companies." Norman Ruchholtz, CEO of Cantourage adds: "In addition, we offer a new service for companies outside of Europe to enter the European market with their products in a fast line process. We believe that this is especially important in times of Corona, when normal processes might be delayed." Together with suppliers, pharmacists and doctors, Cantourage sees itself as a community that pursues the well-being of patients – with the help of medical cannabis. 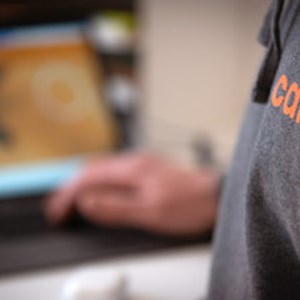