"We are excited to welcome Al Carter and Scott Knoer as new members of our Board of Governors," said William Schimmel, PTCB Executive Director and CEO. "They each bring PTCB decades of leadership experience, a track record of organizational advancement, and a personal commitment to our mission to advance medication safety by credentialing qualified technicians. As technician roles evolve and expand, Al and Scott will be vital leaders to move PTCB forward to enable pharmacy teams to perform at their highest levels to deliver optimum patient care."

In his role on the PTCB Board, Carter has also assumed the position of Chair of PTCB's Certification Council, the organization's autonomous committee responsible for establishing and administering its credentialing programs. He is the fifth Executive Director/Secretary of the National Association of Boards of Pharmacy (NABP), whose membership is comprised of state boards of pharmacy in all 50 states, DC, Guam, Puerto Rico, the Virgin Islands, and the Bahamas, and all 10 provincial pharmacy regulating agencies in Canada.

Previously, Carter was the Divisional Vice President of Pharmacy Operations and Professional Affairs for Walgreens. In this position, he was responsible for the day-to-day operations and pharmacy regulatory oversight of more than 9,200 pharmacies in the US as well as oversight, management, and execution of all commercial, Medicare Parts B and D, and state Medicaid plans.

"I look forward to collaborating with PTCB as they continue to provide examinations and credentials that address the expanding scope of technicians' roles," said Carter. "It is an exciting time for technicians and I am pleased to be a part of the PTCB Board and engage with the pharmacy and patient communities to further recognize the role of credentialed technicians in advancing medication safety."

Carter is a former member and former chair of the Illinois State Board of Pharmacy. In addition to serving on the board of pharmacy, he  was appointed by the Illinois House of Representatives to serve two terms on the Illinois Collaborative Pharmaceutical Task Force. He has served on numerous committees and task forces for pharmacy organizations, including as chair of the 2019 NABP Task Force on Pharmacy Technician Education, Practice Responsibilities, and Competence Assessment. Carter graduated from Xavier University of Louisiana, College of Pharmacy, with a PharmD, and received his MS from the University of Florida focused in pharmacy regulation and policy.

Knoer immediately assumed the role of Chair of the PTCB Board on June 1. He is the 13th CEO and Executive Vice President of the American Pharmacists Association (APhA). Previously, he was the Chief Pharmacy Officer at the Cleveland Clinic from 2011 to 2020 where he led an international pharmacy enterprise with facilities in Ohio, Florida, and Nevada, and in Canada, England, and the United Arab Emirates.

"I have strongly supported PTCB throughout my career and I am thrilled to be an official part of the PTCB team. The critical role of pharmacy technicians continues to expand, which further empowers pharmacists to care for patients," said Knoer. "This is a great honor and I look forward to being a part of the next chapters of pharmacy technicians' evolving role on the pharmacy care team and serving their communities."

Knoer is a past Contributing Editor for Pharmacy Practice Management for the American Journal of Health-System Pharmacists. He is a Past Chair of the ASHP Section of Pharmacy Practice Managers (SPPM) and the Vizient Pharmacy Council (formerly the University Health-System Consortium). Knoer worked extensively to persuade boards of pharmacy in Ohio and Minnesota to allow advancement of pharmacy practice and led initiatives to change Ohio and federal law to elevate pharmacy practice and reduce the impact of drug shortages. He is frequently quoted in the media as an expert on many aspects of medication use. Knoer has published widely and speaks on a broad range of topics both in the US and internationally.

PTCB is a uniquely pharmacy-driven organization, founded by and for the pharmacy profession to continuously improve and support patient care. PTCB's Board is comprised of leaders of NABP and APhA, as well as the American Society of Health-System Pharmacists, Michigan Pharmacists Association, Illinois Council of Health-System Pharmacists, and PTCB. Carter and Knoer replace retiring PTCB Board members Carmen A. Catizone, MS, RPh, DPh, who was NABP Executive Director/Secretary for 35 years, and Thomas E. Menighan, BSPharm, MBA, (Hon) ScD, FAPhA, who was CEO and Executive Vice President of APhA for the past 11 years. 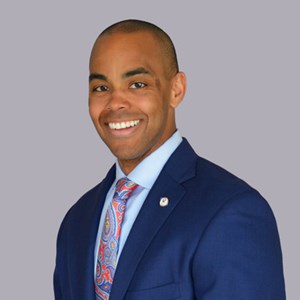