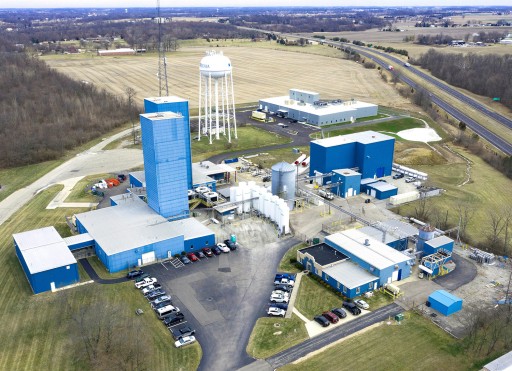 
​​​​Cambridge Isotope Laboratories, Inc. (CIL), the world leader in stable isotope chemistry and the separation of carbon-13 (13C), recently completed a significant expansion of its 13C separation facility. In 1987, CIL took the initiative to construct the world’s largest 13C isotope-separation plant, Cambridge Isotope Separations, LLC (CIS), located on 33 acres in Xenia, Ohio.13C is a critical starting material supporting development of new research and diagnostic chemicals.  Following expansions in 1996, 2012, and 2015, CIL embarked on a new expansion in 2018 which was completed earlier this year. This most recent expansion increased production capacity of 13C by 25%.

“CIL has been investing and growing with customers continuously for the past 33 years,” states Cliff Caldwell, CEO. “Our isotope markets have been expanding, and the volumes required by our committed customers have made it necessary that we continue to expand to meet the market needs. Cambridge Isotope Labs has many years of experience designing and building carbon isotope-separation systems and we are the leading technology expert in that space. This in-house knowhow makes us the supplier of choice because of the certainty we can reliably scale our production processes quickly and effectively.”

“The expansion was initiated in response to the strong and growing demand by our customers for 13C and 13C urea,” says Mike Steiger, VP of Project Engineering and Execution. “There is an increasing need for isotopes for medical investigations and 13C plays an important role.” The 13C isotope is known to be used in a variety of applications for environmental analysis, medical research, and medical diagnostics. Medical diagnosis-based CO2 breath tests, such as 13C urea (used to detect Helicobacter pylori bacterial infection) and 13C methacetin for liver disease, can aid in the prevention of invasive procedures.

13C is a nonradioactive (stable) element which makes up approximately 1% of all carbon atoms in nature. At the CIS plant in Ohio, natural carbon monoxide (containing ~1% 13C) is cryogenically liquefied and then distilled through several long specially designed distillation columns, which make it one of the world’s longest distillation systems of any kind. CIL has continuously demonstrated its expertise in the area of cryogenic distillation and maintain our place as the world’s leading producer of 13C isotope. The end-product of this process is carbon monoxide that is greater than 99% 13C, which is then used to manufacture any one of the thousands of isotope-labeled products offered by CIL.