GREENWOOD, Colo., Aug. 18, 2020 /PRNewswire/ -- ANANDA Scientific Inc., a biotech pharma company, today announced that John Suh, previously CEO of LegalZoom, has been appointed to ANANDA's Board of Directors as its new Executive Director.

"We are very pleased to welcome John as Executive Director of the ANANDA Board of Directors," said Mark J. Rosenfeld, M.S., Ph.D., ANANDA Scientific's Chief Executive Officer. "John's experience in growing successful technology companies will add a valuable new perspective to guide ANANDA in its pursuit of rapid growth as an innovative biotech company."

"John's creative thinking and entrepreneurial expertise is exactly what is needed by ANANDA to drive significant shareholder value from the robust clinical development program that the company has put in place," said Sohail Zaidi, ANANDA's new President.

John Suh was the CEO of LegalZoom from 2007 to 2019, and a member of its Board of Directors from 2005 to 2019. As a skilled and accomplished C-suite executive, he joined LegalZoom soon after its founding and grew the company to a market value of more than $2 billion at his departure, making it one of the largest private internet-based companies in the world. During his tenure, LegalZoom was named to the list of Top 100 Most Valuable Startups in the World by Business Insider in 2011 and The World's 50 Most Innovative Companies by Fast Company in 2012.

"ANANDA's pioneering research program, its intellectual property estate, and participation in multiple clinical trials uniquely position the company for success. I look forward to supporting  their stellar team to pave the way for groundbreaking advancements in the biotech industry," said John Suh.

Before LegalZoom, John Suh was CEO of Studio Direct, the internet division of Li and Fung, a worldwide supply chain manager of US and EU branded products. Previously, he had co-founded and served as CEO of the Castling Group, an incubator that helped launch leading e-commerce businesses such as jcrew.com, hifi.com, and barneysny.com.

ABOUT ANANDA SCIENTIFIC
ANANDA is a research-focused biotech company that employs patented delivery technologies to make cannabinoids and other plant derived compounds highly bioavailable, water soluble, and shelf-life stable. The company focuses on producing effective, premium quality nutraceutical and pharmaceutical products. ANANDA is pursuing human clinical trials for pharmaceutical approval of its patented delivery technology to address therapeutic targets of significant public health importance. Consistent with its strong research-based data, the company also has a growing pipeline of nutraceutical over-the-counter products. The company has successfully launched these products in the US and the UK, with expansion into additional markets such as the EU, China, Australia and Africa planned for the near future. The company is expanding its research base through multiple sponsored research agreements with universities to diversify its technology portfolio. 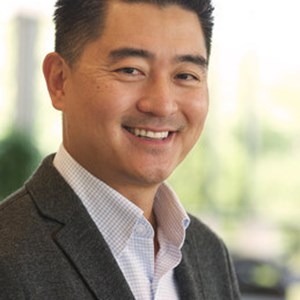