Hemophiliac Launches Biotechnology Company to Develop a Cure for Hemophilia

Fixx Pharmaceuticals was founded by Jesse John Francis Clark - a man dedicated to improving the lives of those suffering from bleeding disorders.


​Fixx Pharmaceuticals Inc. is pleased to announce the upcoming launch of its biotechnology business operations in Las Vegas, Nevada and San Francisco, California.

Fixx Pharmaceuticals Inc. is a new biotechnology company launching on September 1, 2020. The company is focused on developing therapies specifically targeted to treat patients suffering from bleeding disorders with the use of CRISPR gene editing.

One of Fixx's main areas of focus is Hemophilia. Hemophilia is an inherited bleeding disorder in which the blood does not clot properly. Currently, there are 20,000 people in the U.S. who suffer from hemophilia and 400,000 globally.

“Hemophilia was discovered in 1803 – it's almost 2021 and we still don't have a cure,” says founder of Fixx Pharmaceuticals, Jesse John Francis Clark. “I was born with severe hemophilia and I'm determined to develop a cure. There are many challenges for people with hemophilia, the most common of which are joint bleeds and deformity, which affect the quality of life for many of us. When we do develop a cure, we will help patients in developing countries first. For example, India has a high patient load of over 18,000 and less than 20% have insurance.”

Jesse John Francis Clark is an internationally known professional, entrepreneur, and passionate advocate for people living with Hemophilia and related bleeding disorders. Born with severe Hemophilia, Clark founded HemoAware Corporation in 2018, a non-profit organization dedicated to enriching the lives of people with inherited bleeding disorders through advocacy, education, and technology.

Fixx Pharmaceuticals’ mission is to develop targeted therapies to support patients suffering from bleeding disorders, specifically Hemophilia. The company was founded in 2020 and is located in Las Vegas and California. 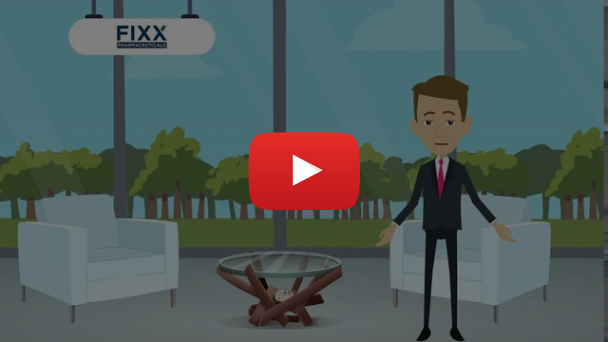