Every year, over 9.5 million people die as result of cancer, as per the World Health Organization (WHO), thereby becoming one of the major reasons for human mortality around the world. The disease, which is most prominently characterized by the presence of tumors, forms when a mutation (undesirable change) in a gene or protein causes a particular type of cell to divide faster than the rate of the normal cell death, thereby resulting in the growth of a visible mass. For effective treatment, merely detecting the tumor within the body is not enough; its nature and the exact mutation which caused it also need to be studied.

Therefore, owing to the increasing number of people suffering from this disease and the high focus on deeply studying its various aspects, in order to device an effective therapy, the cancer/tumor profiling market is growing around the world. Several technologies, including quantitative polymerase chain reaction (QPCR), next-generation sequencing (NGS), in-situ hybridization (ISH), immunohistochemistry (IHC), and microarray, are used to study the tumors. Of these, NGS has been the most widely preferred till now, on account of its ability to quickly detect the sequencing of the deoxyribonucleic acid (DNA) in the genome.

Seeing the increasing demand for cancer profiling services, biotech companies have started launching new enabling products. For instance, MDNA Life Sciences Inc. introduced the Prostate Mitomic Test in the U.S. in May 2017. This liquid-biopsy-based test, which is available at the clinical laboratories of Helomics Corp., uses mitochondrial DNA’s biological characteristics to study the disease. Similarly, the Dynamic Clinical Health Insight Platform (D-CHIP) launched by Helomics Corp. in April 2017 helps in the in-depth analysis of the proteins, genome, RNA, and DNA of cancer patients.

Presently, the most productive cancer/tumor profiling market is North America, on account of the heavy investments in cancer research and therapy areas. Moreover, numerous technological advancements are taking place in the healthcare industry of the region, which are resulting in the introduction of more-advanced profiling techniques. In the region, the prevalence of common as well as rare cancers is rising, which is leading to increasing complexities in the diagnosis procedure. Asia-Pacific (APAC) would witness the fastest increase in the adoption of cancer/tumor profiling approach in the immediate future, due to the increasing government funding for cancer research and treatment, as well as rising cases of the disease.

Therefore, on account of the improvements in diagnosis methods, the demand for cancer/tumor profiling products and services will keep surging. 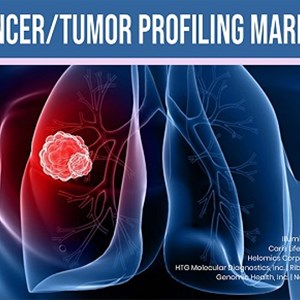