Major changes to the way immunotherapy drugs are researched and evaluated are essential if they are to become successful treatment options for many more types of cancers, leading cancer experts are warning.

Immunotherapies, which harness the body’s own immune system to fight cancer, have been tremendously successful in recent years for patients with some kinds of cancer – but others have gained little benefit at all.

The Institute of Cancer Research, London, believes a decision by NICE today on immunotherapy drug pembrolizumab highlights a real issue with this kind of treatment – the lack of good tests to predict who will benefit.

NICE has reversed a draft rejection of pembrolizumab, and now recommends it as an NHS treatment in the first-line setting for head and neck cancer in patients positive for an immune marker called PD-L1.

The Institute of Cancer Research (ICR) welcomes NICE’s decision to make pembrolizumab available for patients with head and neck cancer whose tumours are positive for PD-L1, but is deeply disappointed that the pembrolizumab plus chemotherapy combination treatment was not also approved.

Based on clinical trial data, experts at the ICR argue that there are patients who would benefit more from the pembrolizumab plus chemotherapy combination rather than immunotherapy on its own.

Outside of England, Wales and Northern Ireland, it is at the doctor’s discretion as to whether they give combination therapy or pembrolizumab alone – the NICE decision is out of step with Scotland and the rest of the world.

An urgent need for better tests

The decision fails to make pembrolizumab available in combination because biomarker tests like PD-L1 alone fail to give clinicians a clear-cut indication of who will benefit from immunotherapy – and, critically, who requires pembrolizumab alone and who needs the combination of pembrolizumab and chemotherapy. The experts argue that the PD-L1 immune marker is a good starting point for clinicians but does not allow for the more nuanced approach that is permitted in Scotland and in much of the rest of the world.

Experts at the ICR believe that a series of other biomarker tests should be developed and used by clinicians to identify patients likely to benefit from the combination treatment. And that if that assessment were used, we could identify who those patients were, which experts argue would be likely to mean NICE would judge combination therapy to be cost-effective.

The ICR is calling on NICE to also make pembrolizumab available in combination with chemotherapy via the Cancer Drugs Fund (CDF) for two years – to give enough time for extra data to be collected, which will help the identification of new biomarkers to give the right patients the right treatment.

More generally, the ICR is calling for more data to be collected as a matter of routine during immunotherapy trials to identify new ‘biomarkers’. Testing for these measurable indicators can help predict patients’ response to treatment.

Ultimately, the ICR is warning that our biological understanding of immunotherapies and who they are likely to benefit lags behind their clinical development – and means we are struggling to get them to the right patients quickly enough.

Professor Kevin Harrington, Professor of Biological Cancer Therapies at the ICR and Consultant Clinical Oncologist at The Royal Marsden, who led the UK arm of the KEYNOTE-048 trial looking at the benefit of pembrolizumab as a first-line treatment for advanced head and neck cancer, said:

“It’s good news that some patients will now be able to access pembrolizumab for head and neck cancer on the NHS, but it’s deeply frustrating to see that the combination of pembrolizumab and chemotherapy has been rejected entirely.

“The partial approval leaves patients in England behind much of the world when it comes to accessing this game-changing treatment. Patients in Scotland, the rest of Europe and the US can have either single treatment or combination, at the discretion of the doctor. This decision opens up a postcode lottery within the UK.

“The evidence for the benefit of pembrolizumab in combination with chemotherapy in recurrent head and neck cancer is clear – and I would urge NICE and the manufacturer to work together to find a way for patients to access the range of treatment options they deserve.

“Immunotherapies are making great leaps in the clinic but we need to do more to ensure patients benefit as quickly as possible – by changing the ways we evaluate these drugs and ensuring the research is done to better pick out those who will benefit. In the case of pembrolizumab, if we could more accurately identify who would benefit from the combination treatment, I believe this treatment would be cost-effective enough for NICE to approve it.

“I think it’s essential that we now develop better tests for patients with head and neck cancer so that we can pick out patients for immunotherapy and make these new drugs available as quickly as possible. We need smarter tests and clinical trial designs across the board for immunotherapies, so that these drugs can reach patients with many different types of cancer.” 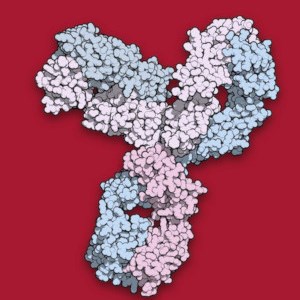