AQUAGOLD® fine touch™ is Aquavit's world-renowned microchannel microinjector medical device. Aquavit introduced AQUAGOLD® fine touch™ at the American Academy of Dermatology (AAD) in 2014 and has been praised globally by doctors, patients, key opinion leaders, and the media. AAD is the largest dermatology conference in the world, attended by tens of thousands of doctors and healthcare professionals from around the world.

Following the success, counterfeiters have been copying the brand logo and design to sell fake AQUAGOLD® medical devices to everyone, everywhere possible. In the case of the European Union, a Korean company called U-Biomed falsely registered AQUAGOLD® fine touch™ as their blatant copy mark "AQUAGOLD your time is now fine touch" along with the copy of the product design.

Consequently, Aquavit filed an application for a declaration of invalidity against U-BioMed in 2019. The EUIPO reviewed the application and declared U-BioMed's Registered Community design No. 004396729-0001 invalid. "The facts and evidence submitted by the applicant support the grounds for invalidity under Article 25(1)(b) CDR in conjunction with Article 5 CDR; therefore, the application is upheld and the RCD is declared invalid," the EUIPO stated. "Since the application is fully successful on this ground, there is no need to examine the remaining designs invoked."

Additionally, as the losing party in invalidity proceedings, U-BioMed has been ordered to pay for all the legal fees and costs incurred by Aquavit in the course of these proceedings.

U-Biomed received a Temporary Restraining Order and Preliminary Injunction from the United States District Court for the Southern District of New York in 2019 and earlier this year they presented false statements and fake documents and failed to comply with prior court orders, resulting in compensatory sanctions. U-BioMed was also indicted for criminal activity for trademark infringement of AQUAGOLD® in South Korea in 2019 and both the company and its CEO, Eum Nyun shik (a.k.a. Corea Eum), were found guilty.

"Today's verdict is the latest victory in our worldwide patent and trademark litigation efforts directed at holding counterfeiters accountable," said Sobin Chang, MPH, Chief Executive Officer. "We focus on our investments in developing innovative technologies and protecting our intellectual property. Counterfeiting medical devices is a serious crime and causes great harm to our customers' reputation and patients' safety." 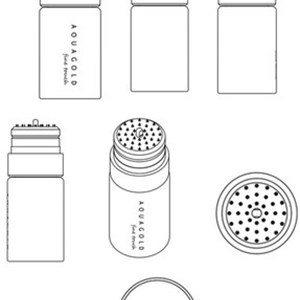