Asia Pacific HIV Diagnostics Market, by Product Type (Instruments and Reagents & Kits), by Test Type (Screening (Third Generation and Fourth Generation), Differentiation & Confirmation Test, and Monitoring Test (CD4 Tests and Viral Load Tests)), By End User (Hospitals and Clinics, Diagnostic Laboratories, Home Care Settings, and Others), and by Country (China, Japan, South Korea, ASEAN, India, Australia, and Rest of Asia Pacific) was valued at US$ 301.1 million in 2017, and is projected to exhibit a CAGR of 12.3% during the forecast period  (2018 – 2026), as highlighted in a new report published by Coherent Market Insights.

HIV diagnostics play a major role in HIV prevention, treatment, care, and other support services. The diagnosis of HIV include testing services in health-care facilities, free-standing sites, and a wide range of community-based approaches along with HIV self-testing. Developments such as home testing represent new and major opportunities for addressing HIV among men who have sex with men (MSM). According to the UNAIDS, the Joint United Nations Program on HIV and AIDS, 2018 data, Asia Pacific recorded around 5.2 million people living with HIV in 2017.

Get Sample PDF Brochure with Impact of COVID19: https://www.coherentmarketinsights.com/insight/request-sample/2457 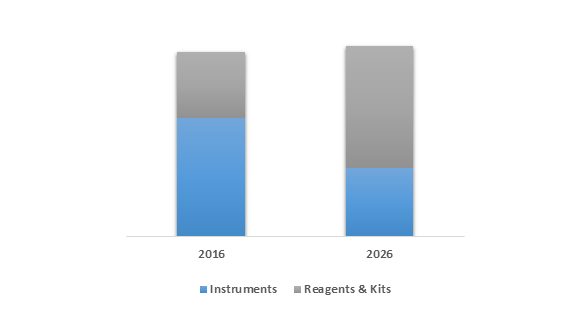 Governments of various economies in Asia Pacific are taking initiatives to create awareness among people about HIV due to high prevalence of HIV/AIDS in the region. This in turn, is expected to increase adoption of HIV diagnostic instruments and test kits. Low literacy rate coupled with unawareness about transmission of HIV, changing lifestyle, and unsafe sex are some of the factors that leads to increasing number of HIV cases. In order to lower the disease incidence and increase life expectancy of infected patients, governments of various countries along with NGOs are focusing on improving HIV diagnostics and making them easily accessible to the general population. For instance, UNAIDS, the Joint United Nations Program on HIV and AIDS, is engaged in global efforts to end AIDS as a public health threat by 2030, and is a part of the UN Sustainable Development Goal. For instance, according to UNAIDS targets, by 2020, 90% of all people living with HIV will know HIV status and 90% of all people with diagnosed HIV infection will receive sustained antiretroviral therapy. Furthermore, around US$ 3.7 billion was available in 2017 for the AIDS response in Asia Pacific, according to UNAIDS.

Get Discount For Buyers UPTO 30% OFF On Any Research Report
Apply Promo Code “CMIFIRST1000” And Get Instant Discount Of USD 1000
Buy Now This Premium Report to Grow your Business @ https://www.coherentmarketinsights.com/insight/buy-now/2457

Several variants of the virus are found worldwide and some variants tend to be more prevalent in certain regions compared to others. Testing kits, when not designed to accommodate this variation, can provide incorrect results. Furthermore, inadequacy of competent healthcare personnel, unreliability test results, and poor staff attitudes are other major factors that drives patients away from HIV screening. For instance, in June 2017, Health Sciences Authority (HSA), Singapore; recalled 9 lots of HIV screening test kits, after it was found that the kits could result in false negative results for some people in the early stages of HIV infection. Furthermore, lack of awareness regarding testing procedures, inaccessibility to testing sites, inconvenient testing hours, and cost of testing are also negatively impacting Asia Pacific HIV diagnostics market growth.

Asia Pacific HIV diagnostics market revenue is expected to witness significant growth over the forecast period. The market in India is expected to be a major driver for Asia Pacific HIV diagnostics market growth, owing to high prevalence of HIV epidemic in India, with major cases concentrated among sex workers, homosexuals, people who inject drugs, and transgender. For instance, according to Avert, 2.1 million people were suffering from HIV in 2017 in India.

Increasing HIV testing and counselling facilities in India is expected to drive demand for HIV-based diagnostic products. For instance, according to the National AIDS Control Organization’s (NACO) 2017-2018 annual report, the number of HIV testing and counselling sites in India increased from 67 in 1997, to around 23,400 facilities in 2017. Furthermore, between April 2016 and April 2017, around 18.6 million general users accessed these services, surpassing India’s annual testing target of 14 million. 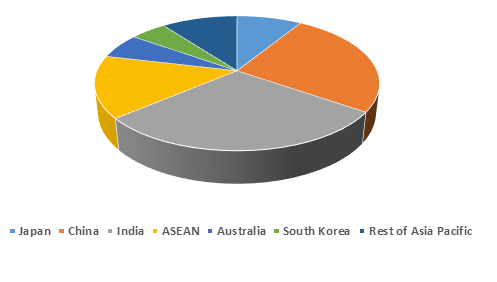 Coherent Market Insights is a global market intelligence and consulting organization focused on assisting our plethora of clients achieve transformational growth by helping them make critical business decisions. We are headquartered in India, having office at global financial capital in the U.S. and sales consultants in United Kingdom and Japan. Our client base includes players from across various business verticals in over 150 countries worldwide. We pride ourselves in catering to clients across the length and width of the horizon, from Fortune 500 enlisted companies, to not-for-profit organization, and startups looking to establish a foothold in the market. We excel in offering unmatched actionable market intelligence across various industry verticals, including chemicals and materials, healthcare, and food & beverages, consumer goods, packaging, semiconductors, software and services, Telecom, and Automotive. We offer syndicated market intelligence reports, customized research solutions, and consulting services.

To know more about us, please visit our website – www.coherentmarketinsights.com

This content has been distributed via CDN Newswire press release distribution service. For press release enquires please mail us at contact@cdnnewswire.com.