Sci-Engi-Medco Solutions Inc. Announces PLOS Publication of a Novel Mechanism of Action for Its AAAPT Technology Expanding the Therapeutic Index of Difficult to Treat Cancers 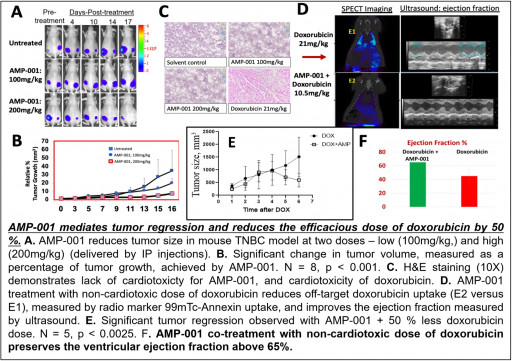 
On this Triple Negative Breast Cancer awareness day, Sci-Engi-Medco Solutions Inc. (SEMCO), a private cancer drug discovery and development company that explores its proprietary small molecule targeted anticancer agent tumor sensitizing technology, announced the publication of new research findings in PLOS ONE describing in detail the molecular biology underlaying the mechanism of action for its A Priori Activation of Apoptosis Pathways (AAAPT) technology, which further enhances the efficacy of chemotherapy by decreasing the side effects and expanding the therapeutic indices of treatment.

Cancer cells' tactic, in general, is to desensitize themselves to interventions by activating specific survival pathways and downregulating simultaneously cell death pathways. AAAPT drugs target these dysregulated pathways to do just the opposite to the cancer cells, sensitizing them to evoke a better response when used as neoadjuvant to the current treatments. The paper entitled "A Priori Activation of Apoptosis Pathways of Tumor (AAAPT) technology: Development of Targeted Apoptosis Initiators for Cancer Treatment" (Pandurangi et al., PLOS ONE, 8 FEB 2021), documents the validation of the innovative idea of targeting pathways in Triple Negative Breast Cancer (TNBC) models, and in the process, making cancer cells primed and receptive to treatments. Consequently, AAAPT technology could be used as a combined formulation with several treatments (e.g., chemotherapy, enzyme inhibitors, antagonists) and/or with several treatment modalities such as radiation, radionuclide therapy and immunotherapy.

"The battery of tests based on molecular biology of cancer cells has shown that AAAPT drugs inhibit the NF-kB and PARP pathways in multiple cancer cells, thus limiting their ability to survive, particularly notorious cancer stem cells (CSCs) which evade treatments. We can now use AAAPT technology to alter this mechanism and increase the synergy with conventional chemotherapeutic drugs like doxorubicin or paclitaxel," said Dr. Raghu Pandurangi, Ph.D., Founder, President and Chief Scientific Officer at SEMCO and principal author on the paper. "Therefore, AAAPT technology may now be considered as neoadjuvant to many treatments. Targeting dysregulated pathways in cancer cells in contrast to traditional receptor biomarkers may open a new way to understand the molecular biology of cancer cell survival and may change the drug design to circumvent cancer cells tactics," said Professor Marco Tomasetti, Ph.D., Department of Clinical and Molecular Sciences, Section of Experimental and Occupational Medicine, Polytechnic University of Marche, Ancona, Italy, co-author and a pioneer in the study of cancer therapeutics.

The findings published in PLOS ONE report data on several aspects of mechanism, synergy with many drugs, selective cancer cells and tumor regression in vivo in a TNBC mice model where non-target organs were not affected.

"This is perceived to be a significant development in the treatment of TNBC since there are no targeted treatments approved for TNBC patients; their treatment relies heavily on chemotherapy, despite high side effects," according to Dr. Berg Bergstrom, MD, Ph.D., Oncologist, CEO of SEMCO.

Sci-Engi-Medco Solutions Inc. (SEMCO) is focused on discovery and development of its proprietary small molecule drugs based on "A priori Activation of Apoptosis Pathway of Tumor" (AAAPT). AAAPT has been shown to target and sensitize both cancer stem cells and low-responsive resistant cells simultaneously and selectively in cancer cells. Several SBIR grants have been awarded and SEMCO Solutions have established 15 worldwide collaborations. SEMCO has patented the technology through international PCT applications.

This press release may contain "forward-looking statements" with respect to our expectations or beliefs concerning future events and conditions.