3Brain AG has announced a new technology based on a unique combination of microchips and AI that promises to change the way drug candidates are selected at the preclinical level to enter into clinical trials - and to maximize their chances of success. 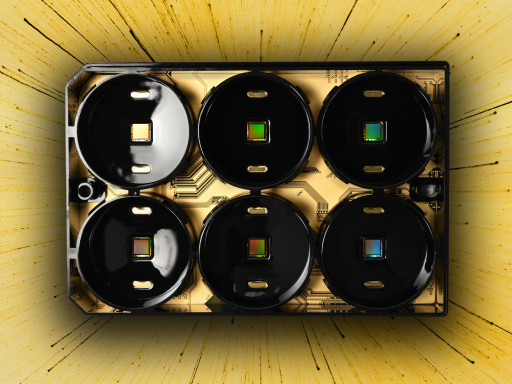 
Using CorePlate™ technology,  preclinical cell assays are performed in multiwell plates that integrate a microchip in each well to collect rich information from cells, pre-process cell data and streamline it to the paired software. As a result, much more and better data can be extracted, which can be referred to as cell big data. This is fed to an AI with the aim of simplifying interpretation and enabling researchers to discover more information about drugs being tested. 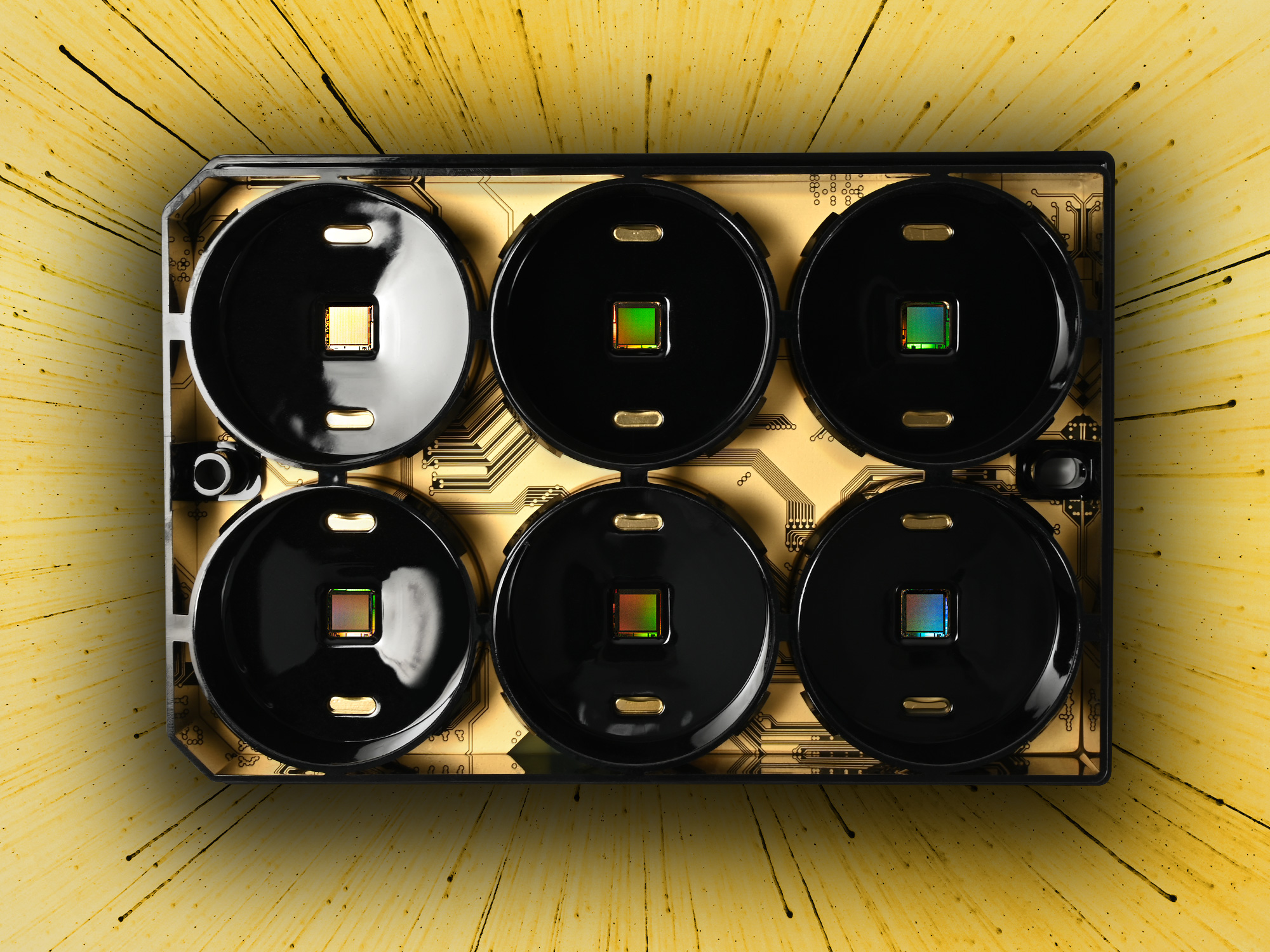 Preclinical studies are vital for early identification of any safety and efficacy issues, and for increasing the chance of success of those drugs entering clinical trials. However, common estimates show that there is still a lot to improve in this area as 90% of the drugs that enter into human trials fail and never reach the market. Among the factors responsible for this high failure rate are the limitations of conducting preclinical tests on animal models. The vast majority of drugs that pass tests on animals do not later work on humans because disease mechanisms vary significantly between species.

New biotechnologies like human stem cells offer more successful alternatives to animal models. These may be in the form of cell culture assays or more sophisticated spheroid and organoid assays that can be used as testbeds for drugs. Human cell-based assays hold the promise to revolutionize drug development, improving the success rate and pushing animal tests towards extinction.

Whatever cell-based assay one wants to investigate, traditional approaches extract cell information via optical systems or a few sensors embedded in plastic substrates. Typically, these substrates are multiwell plates with 24, 96 or even more wells, where each well houses the cell samples to be measured. From these wells, the acquired information travels on limited bandwidth across long distances (compared to the cell size) before reaching a CPU where it gets processed. Long distances and bandwidth issues affect the quality and quantity of information and, consequently, prevent an accurate inspection of cell networks. The CorePlate™ technology devised by 3Brain disrupts this paradigm by bringing the processing unit in contact with the cells. 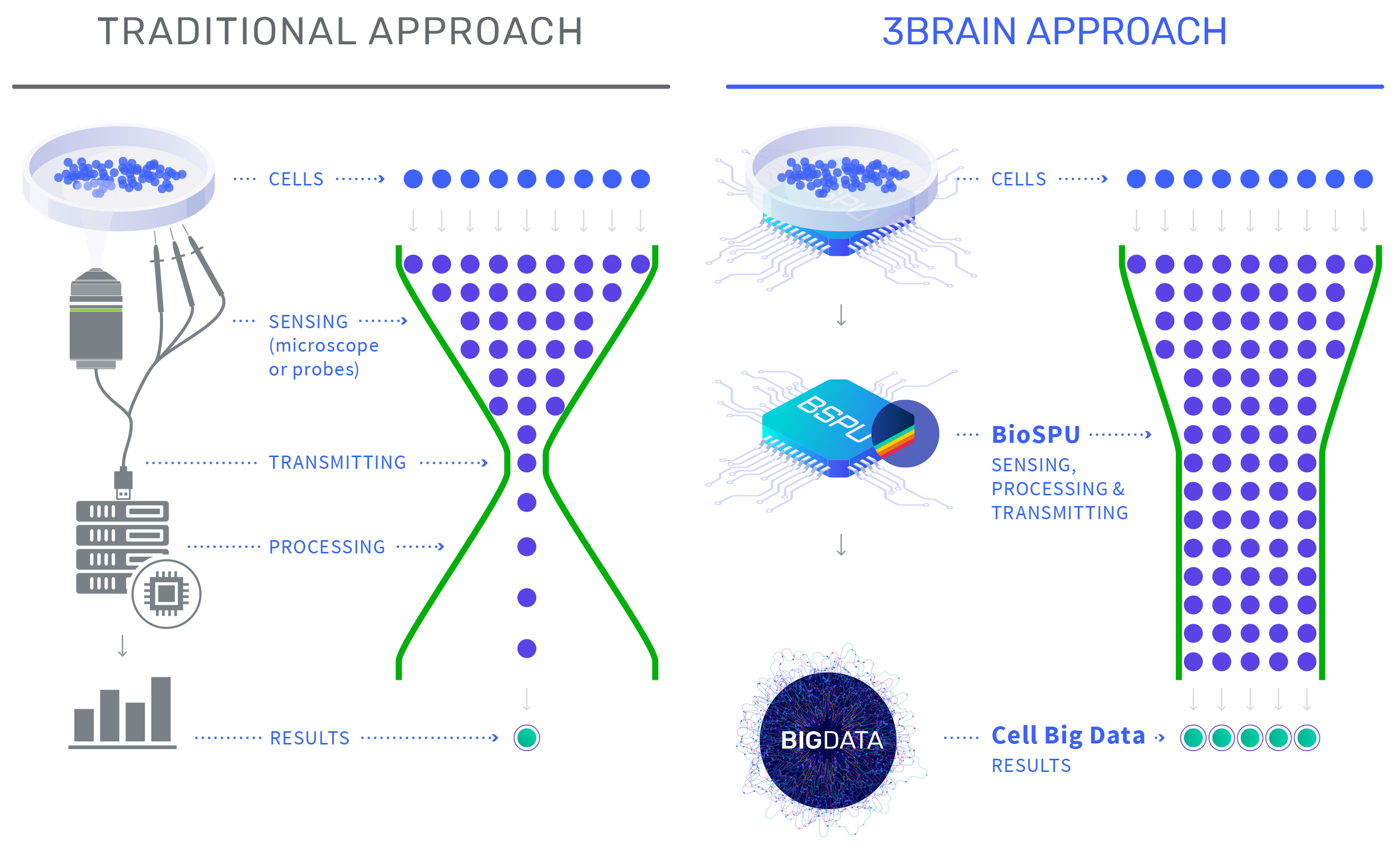 The approach devised by 3Brain for cell analysis compared to the traditional one.

"We want to radically change the way preclinical drug screening is performed, offering pharmaceutical companies the opportunity to manage their pipelines more efficiently," says Mauro Gandolfo, CEO and co-founder of 3Brain AG. "Basically, we take traditional plastic multiwell plates and we turn them into intelligent devices with multi-core processing power, which can be programmed according to research needs. Integrated intelligence is a remarkable distinction from other instruments in the preclinical space. Importantly, despite the large amounts of data CorePlate™ devices can process, the user can still easily generate results thanks to the AI-driven interpretation of data. With the CorePlate™ technology, pharmaceutical companies can save time and money by better filtering and prioritizing drug candidates. Our ultimate goal is to provide our users with tools that help them more readily identify new cures for diseases." 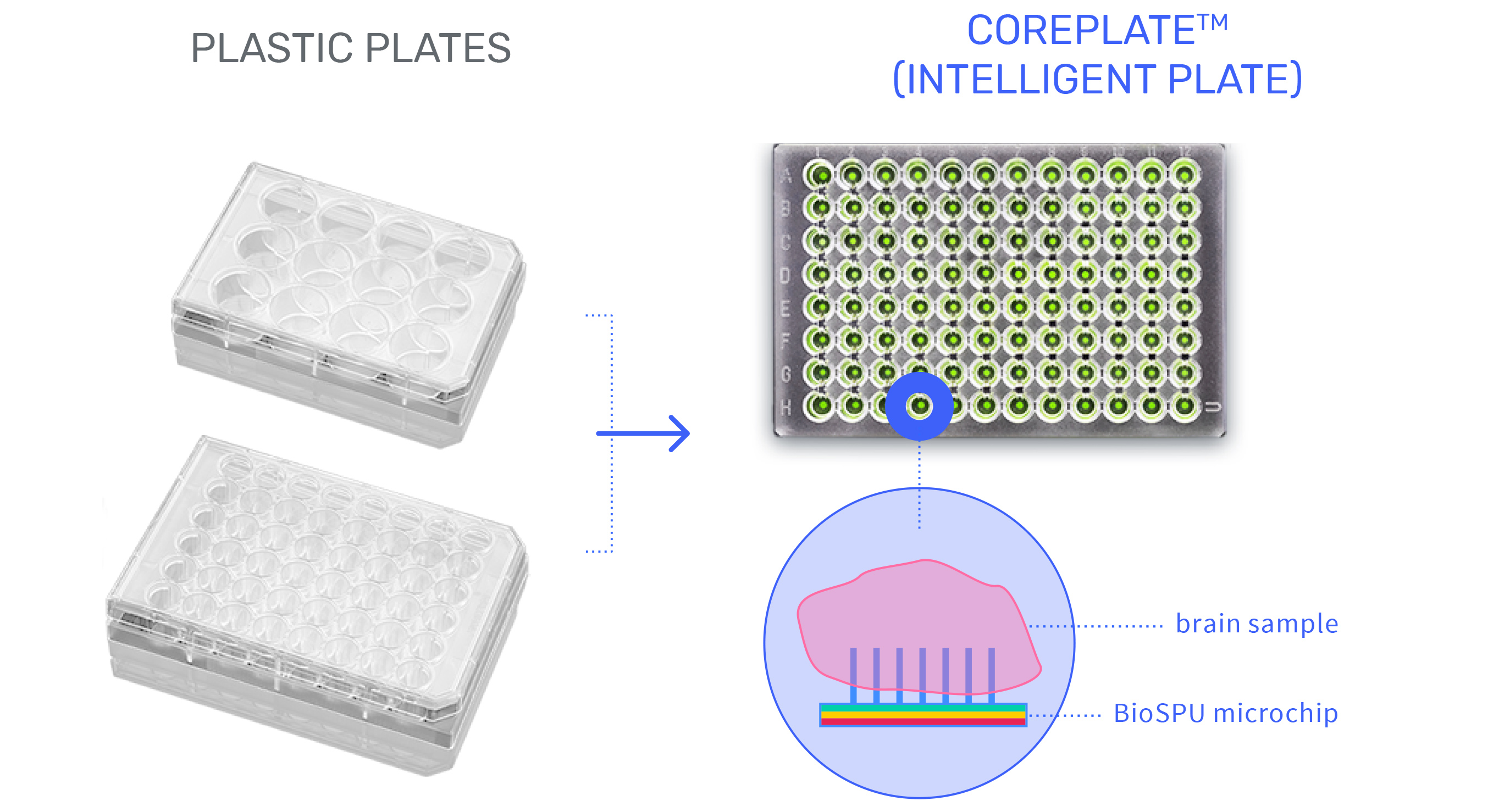 3Brain AG has been working on microchip technology applied to life science for more than 15 years. Alessandro Maccione, CSO and co-founder of 3Brain AG, says, "We already have results showing that our technology is superior in identifying the effects of compounds on several disease models. We started focusing on brain diseases, such as Alzheimer's and epilepsy, given the high burden that they represent for our society. In addition, we are expanding to other sectors such as cardiac safety, which is one of the main reasons drugs fail in clinical trials. At the same time, driven by our appetite for innovation, we are very attentive to the opportunities offered by advanced cell models such as spheroids and organoids. That's why we plan to have our CorePlate™ devices shipped in two "flavors", a planar one that can work with more traditional cell assays and a three-dimensional one where the sensing layer of the microchip is on microneedles that can collect cell information from the inside of tissues and organoids."

Kilian Imfeld, CTO and co-founder of 3Brain AG, adds, "The processing power we have integrated into a CorePlate™ device is really striking. You can think of it as a modern multi-core CPU, but where the microchip is specifically designed for biological signals. Consequently, we call it BioSPU, BioSignal Processing Unit. Such power allows us to simultaneously process real-time information coming from hundreds of thousands of cells. This continuous data streaming allows for the observation of even subtle changes induced in the cells during the measurement session, such as those caused by the compound under investigation. At the moment we have developed a 6-well CorePlate™ and we are working on a 24-well and a 96-well format to be released over the coming years. Along the way, our microchips will continue to integrate more functionalities to align with the increased complexity while also maintaining an easy and efficient user experience."

3Brain is the world's first company to connect cells with sophisticated silicon chips in cell culture plates. The company has intensively worked on CMOS-powered cell-electronic interfaces with the aim of boosting research in major fields like neuroscience, ophthalmology and cardiology. After being the first to introduce CMOS-based HD-MEA (high-density microelectrode array), 3Brain is now setting up the next standard with the mentioned CorePlate™ technology. 3Brain's goals continue by improving in vitro cell-based screening outputs and thus raising the potential of finding new treatments for brain diseases. 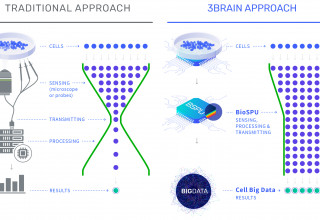 The approach devised by 3Brain for cell analysis compared to the traditional one. 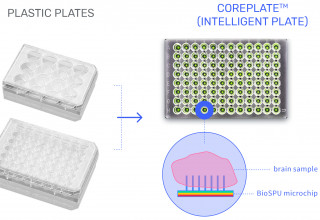