Combination of the first component of Sputnik V vaccine (Sputnik Light vaccine) with vaccines by AstraZeneca, Sinopharm and Moderna demonstrates high safety profile during the study in Argentina’s Buenos-Aires province

Moscow, August 4, 2021 – The Russian Direct Investment Fund (RDIF, Russia’s sovereign wealth fund) announces the initial safety results of the randomized, single-blind study for the evaluation of the immune response and safety of heterogeneous regimens combining the first component of the Russian Sputnik V vaccine against coronavirus (Sputnik Light vaccine based on human adenovirus serotype 26) and vaccines produced by AstraZeneca, Sinopharm and Moderna in the Buenos Aires province (Argentina). RDIF is a partner of the study.

The heterogeneous boosting approach (“vaccine cocktail” using human adenovirus serotype 26 as the first component and human adenovirus serotype 5 as the second component) was at the core of Sputnik V, the world’s first registered vaccine against coronavirus. With this approach proving successful in creating a longer and more durable immunity against the coronavirus, RDIF took the lead in initiating partnerships with other vaccine producers to conduct joint studies of a combination of the first component of Sputnik V with foreign vaccines. The first partnership of this kind was concluded in December 2020 between RDIF, The Gamaleya Center, AstraZeneca and R-Pharm and studies began in February 2021.

“RDIF was the first in the world to offer vaccine cooperation to other producers to conduct joint mix&match studies. This approach is the most promising one to fight the pandemic and new strains of coronavirus emerging around the world. The Sputnik Light vaccine can be effectively used in combination with other vaccines which is proven by studies in Argentina and other countries. RDIF is ready to partner with other producers for further mix&match studies in other parts of the world.”

·        Sputnik Light has proven effective against all new strains of coronavirus, as demonstrated by the Gamaleya Center during laboratory tests.

·        The Sputnik Light vaccine is based on a well-studied human adenoviral vector platform that has proven to be safe and effective, with no long-term side effects, as confirmed in over 250 clinical trials conducted globally over the past two decades (while the history of use of human adenoviruses in vaccine development started in 1953).

Russian Direct Investment Fund (RDIF) is Russia's sovereign wealth fund established in 2011 to make equity co-investments, primarily in Russia, alongside reputable international financial and strategic investors. RDIF acts as a catalyst for direct investment in the Russian economy. RDIF’s management company is based in Moscow. Currently, RDIF has experience of the successful joint implementation of more than 80 projects with foreign partners totaling RUB 2.1tn and covering 95% of the regions of the Russian Federation. RDIF portfolio companies employ more than 1 mn people and generate revenues which equate to more than 6% of Russia’s GDP. RDIF has established joint strategic partnerships with leading international co-investors from more than 18 countries that total more than $40 bn. Further information can be found at rdif.ru 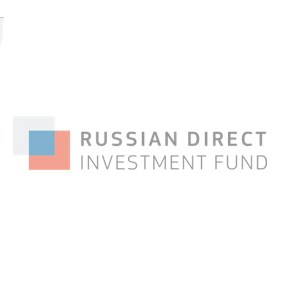