The GCC syringes and needles market is projected to register a CAGR of 9.0% between 2016 and 2026, reaching a market valuation of US$ 874.0 Mn by 2026. In a new report titled “Syringes and Needles Market: GCC Industry Analysis and Opportunity Assessment, 2016 – 2026”, Future Market Insights examines the GCC syringes and needles market and presents useful insights on market performance and key drivers and trends likely to govern the market in the coming 10 years.

To Get Sample Copy of Report visit @ https://www.futuremarketinsights.com/reports/sample/REP-GC-1874 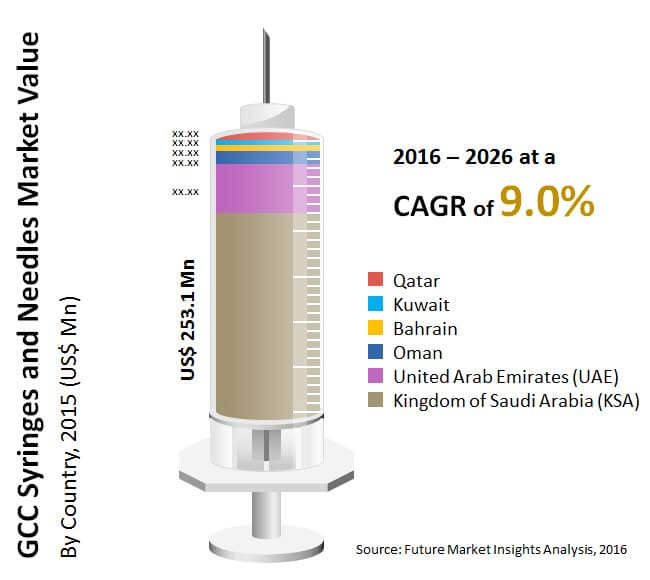 About FMI:
Future Market Insights (FMI) is a leading provider of market intelligence and consulting services, serving clients in over 150 countries. FMI is headquartered in Dubai, the global financial capital, and has delivery centers in the U.S. and India. FMI’s latest market research reports and industry analysis help businesses navigate challenges and make critical decisions with confidence and clarity amidst breakneck competition. Our customized and syndicated market research reports deliver actionable insights that drive sustainable growth. A team of expert-led analysts at FMI continuously tracks emerging trends and events in a broad range of industries to ensure that our clients prepare for the evolving needs of their consumers.