PBD Biotech, developers of a phage-based diagnostic for tuberculosis, is moving to the next stage of its development. It is appointing Jane Theaker, of precision medicine company Kinomica, as the new CEO and bringing Commercial Director, Jonnie Yewdall, into a full-time role.

Worldwide Tuberculosis is only second to COVID-19 as the leading infectious killer, with 1.5 million people dying from TB in 2020.  PBD Biotech is developing a diagnostic that identifies TB cells in a sample of blood from humans or other species, allowing early detection of the disease and the opportunity for preventing its transmission.

Jane Theaker has a strong track record in precision medicine and novel diagnostics technologies. Her experience includes genomics with AstraZeneca and the co-invention of a new quantitative PCR technology. She headed up a team at Qiagen developing diagnostics kits to FDA standards before joining LGC as VP of R+D within genomics and establishing a precision medicine consultancy DataGC Solutions Ltd.

Tom Green Chairman of PBD Biotech says: “We are delighted that Jane Theaker has agreed to join PBD as our new CEO. Jane comes to us from Kinomica Ltd and brings with her deep experience in diagnostics, leadership, and business development. We are fortunate to have secured Jane’s commitment and enthusiasm for PBD and look forward to working with her.”

Jane comments “I’m absolutely thrilled to be joining PBD Biotech Ltd as CEO.  The technology is acknowledged to be a potential game-changer for tuberculosis diagnosis in cattle and humans, allowing the spreaders of the disease to be accurately identified and appropriate action to be taken to protect the un-infected.  In 2018 roughly 23% of the world’s population were infected by TB bacteria (CDC figures) so the need for this novel diagnostic technology is immense”

Jane joins at a pivotal stage of PBD Biotech’s growth. Following a successful funding round, the company is pursuing World Organisation for Animal Health (OIE) validation of its diagnostic for Bovine TB. The company also has important early-stage trials underway both in the UK and overseas using Actiphage in a range of human diagnostics applications.

Tom explains that 2022 will be an exciting year for PBD as OIE validation of Actiphage will enable commercialisation of the kits and technology in the international bovine marketplace. “Jonnie Yewdall, who has been working on a part-time basis for PBD now becomes full-time and has joined the board as Commercial Director. We all welcome Jonnie to this new role.”

The outgoing CEO Mark Hammond has led the company through this time. Tom says: “We all know how challenging the Covid period has been, we owe Mark a huge debt of gratitude for all the work and achievements of the past 2 years – these include the successful completion of last year’s fundraising and the progress which we have made both in the Bovine and early stages of Human applications for Actiphage. We wish him all the best in his new role.”

Mark Hammond comments: “There is an international, un-met need for a rapid TB diagnostic and it has been rewarding to work with the great team at PBD to move Actiphage closer to this goal. I wish Jane and the team every success in the next exciting stage of its development.” 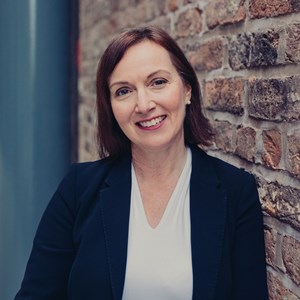