Rise in prevalence of AIDS coupled with the increase in research & development (R&D) activities in proteomics field continues to drive adoption of western blotting industry. According to the report titled “Global HIV & AIDS Statistics- 2020 Fact Sheet” published by the UNAIDS Organization, 38 million people globally were living with HIV in 2019, while 75.7 million people have become infected with HIV since the start of the epidemic (end 2019). These data represent the unlimited opportunities awaiting for suppliers and manufacturers in western blotting industry.

Request a Sample of this Report @ https://www.futuremarketinsights.com/reports/sample/rep-gb-1050

Western blotting, being the gold standard and confirmatory test for HIV diagnosis, is gaining traction around the world. As the increase in applications in diverse fields such as agriculture, diagnostics, life science research, to name a few, tends to persist, manufacturers operating in this industry are getting more inclined to bring in wider variety of products. The updated edition of Future Market Insights’ study tracks growth in over 20+ markets, covering the regulatory framework as well as strategies of leading players. 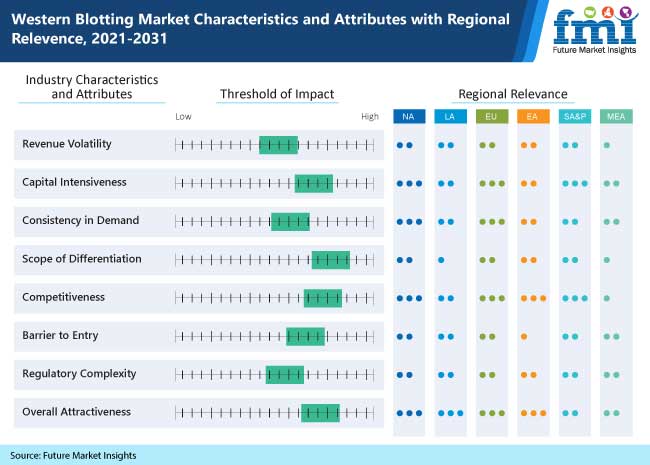 According to Future Market Insights (FMI), the global western blotting market is expected to expand at close to 6.0% CAGR during the forecast period of 2021 to 2031.

Rise in scientific research activities in proteomics, a rapidly growing field of molecular biology, is subject to cater to the steady expansion of the global western blotting market. Furthermore, increase in governmental investments in pharmaceutical & biotechnology sectors is expected to further cater to the growth of western blotting industry, says an FMI analyst.

Rise in Awareness Regarding Early Diagnosis of HIV Aiding Growth

Western blotting is highly efficient in separating the blood proteins and detecting the specific proteins called HIV antibodies in diagnosis of HIV or AIDS. According to a report published by the HIV Government on 25th November, 2020, about 81% of people with HIV worldwide have been tested and know their HIV status. As per the report, an estimated 1.7 million individuals worldwide acquired HIV in 2019, marking a 23% decline in new HIV infections since 2010. While these figures represent the growing awareness, it also indicates the increase in requirement for western blotting products since the past decade.

As stated in the global statistics report published by the HIV Government, AIDS-related deaths have been reduced by 60% since the peak in 2014, while in 2019, around 690,000 people died from AIDS-related illness worldwide, compared to 1.1 million in 2010. As per the report, the global commitment to stop new HIV infections and ensuring that everyone has access to HIV diagnosis & treatment is bound to yield positive results. This also implies the surge in demand for western blotting products in the coming years.

Who is Winning in this Space?

Key Questions Answered in the Report

Which are the top companies operating in the Western Blotting Market?

Which are some of the lucrative markets for western blotting?

Which is a highly sought-after product type for western blotting?

Which are some key applications of western blotting?