To remain ahead of your competitors, request for a sample – https://www.futuremarketinsights.com/reports/sample/rep-gb-6603 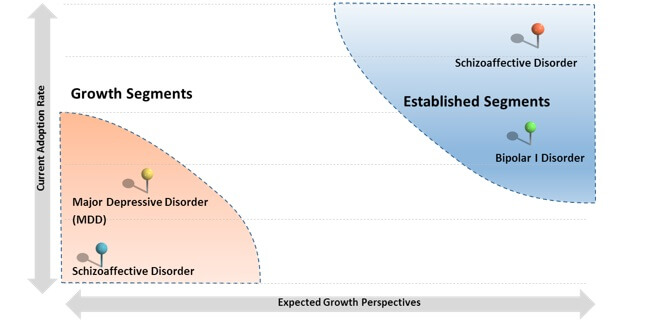 Some of the commonly used atypical antipsychotics drugs for the treatment of mental disorders are Ziprasidone, Paliperidone, Aripiprazole, Risperidone, Quetiapine, and others. A significant portion of the market has been covered by Quetiapine and Risperidone because they are inexpensive drugs used to treat schizophrenia and bipolar disorders. Moreover, the awareness towards mental disorders is primarily important, which leads to strong positioning of the drugs in the overall market.

Geographically, the global atypical antipsychotic market is segmented into seven key regions viz.  North America, Latin America, Western Europe, Eastern Europe,  Asia Pacific excluding Japan, Japan, and the Middle East & Africa. North America will continue to dominate the global market due to large patient pool and high treatment rates. Europe is expected to hold second highest share in the global atypical antipsychotic market owing to increasing R&D efforts by the key players in the region. Asia Pacific is expected to have delayed growth in the atypical antipsychotics market. According to the Medical Council of India, many Indians are diagnosed with psychological disorders but due to lack of awareness, they are being untreated.

Get a Tailored Made Report to Match Your requirements, Ask from Market Research Expert – https://www.futuremarketinsights.com/ask-question/rep-gb-6603

The report covers exhaustive analysis on: