SLOUGH, UK, 21 March 2022 — Ipsen (Euronext: IPN; ADR: IPSEY) today announced the appointment of Guy Oliver as General Manager of its UK & Ireland affiliate. Guy – who joins from his former role as General Manager Belgium and Luxembourg at Novartis – will lead Ipsen’s rapidly growing commercial presence in the UK & Ireland. Guy brings a wealth of experience across key areas for Ipsen including oncology, neuroscience and rare diseases. As well as becoming General Manager, Guy will act as Head of Site for Ipsen’s Global Hub in Bath Road, Slough.

“I am delighted to be joining Ipsen UK & Ireland at an exciting stage in the company’s growth,” said Guy Oliver. “The UK is one of our global hubs and I look forward to working with the team to deliver on Ipsen’s bold ambitions for the UK & Ireland over the coming years, continuing to drive innovation across oncology, neuroscience and rare diseases to improve the options for patient care.”

Originally from New Zealand, Guy worked as a clinical pharmacist before joining the pharmaceutical industry. He has been with Novartis for the past 15 years and his career has spanned Medical Affairs, Marketing, Franchise leadership and, most recently, General Management. Through his previous roles, Guy has gained experience in a broad range of disease areas including cardiovascular, neuroscience, immunology, solid tumours, rare diseases and haematology.

As one of the Ipsen global hubs, Ipsen UK & Ireland is pivotal to its growth and success, employing approximately 850 people. The four cutting-edge sites in the region cover R&D, manufacturing, commercial operations, and the worldwide distribution of millions of vials of medicine every month. 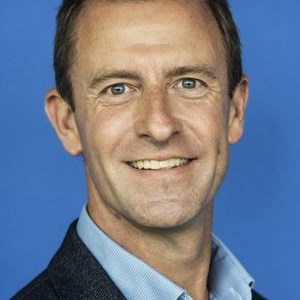