Implantable Drug-Eluting Devices Market is set to experience a significant growth of 6.0% CAGR from 2022 to 2029

Massachusetts Institute of Technology (MIT) researchers have developed a remote-controlled contraceptive hormone (levonorgestrel) delivery chip implant, which can turn the device on and off.

Implantable drug-eluting devices such as SynchroMed II intrathecal drug delivery system with controlled workflow system, plays an effective role in reducing or eliminate the use of oral opioids.

In July 2022, Merck & Co. started the development of slow-release antiretroviral (ARV) drug implant as a promising approach for HIV treatment.

Growth of implantable drug-eluting devices market can be prominently attributed to the associated cost-effective technology and novel medication administration techniques. Fewer side effects while these devices are utilized in the management of chronic diseases as well as in contraception have been the strongest attribute accounting for a steadily expanding market for implantable drug-eluting devices.

To remain ahead of your competitors, request for a sample – https://www.futuremarketinsights.com/reports/sample/rep-gb-10671 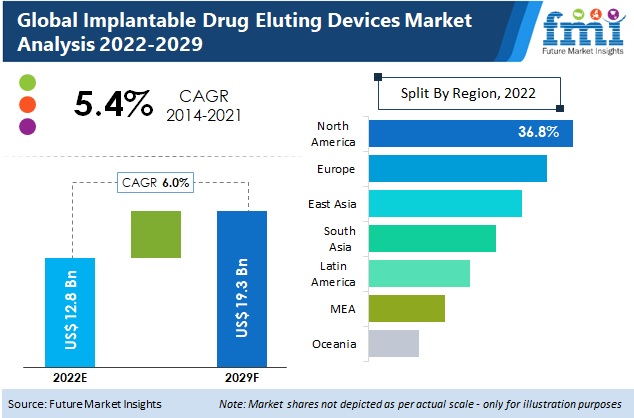 Get a Tailored Made Report to Match Your requirements, Ask from Market Research Expert – https://www.futuremarketinsights.com/ask-question/rep-gb-10671