A new bio venture, C&L Therapeutics, launched a new business model and jumped into the development of new drugs for rare diseases. The company aims to develop new drugs with low molecular weight compounds for the treatment of neurodegenerative and central nervous diseases.

C&L Therapeutics has established a cooperative research system with an external expert group with extensive development experience to commercialize the new drug substance it has secured. Usually, there are many cases where a company pursues new drug development alone from A to Z, but there are many failure cases, so the company decided to expand its stake with specialized companies to shorten the development period and increase the possibility of commercialization.

Although rare in Korea, such cases are increasing in the United States and Europe. Mau Pharma, a foreign company with a similar business model, was acquired by AbbVie, a global pharmaceutical company, in 2019 in recognition of the value of its new drug pipeline. In the case of Inifarm USA, a subsidiary of Jubilant Life Sciences also acquired a 10% stake.

On the 15th, Lee Seung-Jae, CEO of C&L Therapeutics, held an interview with News1 at the headquarters located in Daedeok Valley Campus, Hannam University in Daejeon, saying, "Initial drug candidates and We have the R&D planning and development direction, but the optimization process to create a new drug is a strategic collaboration-based pharmaceutical R&D model that cooperates with a globally specialized company,” he introduced the business model.

C&L Therapeutics joined hands with Jubilant Biosys, a new drug development partner and a leading contract research organization located in India. The company is conducting collaborative drug development with global pharmaceutical companies and early biotech companies. In addition, it is in charge of consignment production of the finished product of Gilead's 'remdesivir', a COVID-19 treatment that is being sold worldwide.

The new drug development process is largely divided into 'planning', 'optimization' of new drug substances, and 'commercialization'. C&L Therapeutics plans to successfully commercialize the new drug substance it has secured by accumulating purified data such as cytotoxicity and animal testing in collaboration with Jubilant.

CEO Lee Seung-Jae said, "In this process, we will gradually develop our internal capabilities and go out on the global stage." Jubilant has a contract not to enter into a collaboration agreement with a company that develops other competitive new drug substances. It is a device that blocks a kind of duplicate contract.

"The goal of developing new drugs for rare diseases that regulate the RNA ecosystem."

Global competitors include Anima Biotech, Arach Therapeutics, Ancent Therapeutics, and PCT Therapeutics of the US. In the case of PCT Therapeutics, the US Food and Drug Administration (FDA) approved EVRYSDI, a new drug for cerebrospinal atrophy that regulates RNA splicing, in 2020. It is the first new drug that modulates the RNA cycle.

RNA splicing is a process in which the intron portion is removed and only the exon portion is connected to the initial RNA molecule created by transcribed genes. The matured RNA is then translated into protein. Everything D controls what can lead to cerebrospinal atrophy if splicing goes wrong.

It is named after the English acronym for small molecule therapeutics for targeting RNA biology.

Three major platforms (Star 1-3) were built, of which Star 1 platform technology was applied to 'CL-101', a GSK-3β inhibitor that regulates RNA expression. Currently, the development is the fastest, and the target indication is senile sarcopenia.

Looking at the specific mechanism of action, there is an RNA transcription factor called 'FOXO' in the body, which binds to GSK-3β protein and enters muscle cells to break down muscle proteins.

Animal efficacy testing of CL-101 was completed at the end of last year. Additional drug optimization is currently underway. CEO Lee Seung-Jae said, "We plan to complete non-clinical trials soon, and we are planning to apply for a clinical trial plan early next year."

Another platform technology, Star2, uses an RNA Epigenetics regulator as a new drug substance, and Star3 is an RNA modification regulator.

CEO Lee Seung-Jae said, "We will move forward as a global new drug company that covers the entire development cycle through an independent platform that goes beyond the collaborative model in the early stages of development."

C&L Therapeutics was founded in 2019 by Dr. Seungjae Lee, who was in charge of overseas business development at Alteogen, a domestic bio company. Seungjae Lee, the CEO, has conducted basic medical research for several years at the Howard Hughes Medical Research Center and Southwestern Texas State University Medical Center, which is affiliated with the Cold Spring Harbor Institute in New York.

Dr. Peter Podobed, who served as a senior consultant at IQVIA, a global new drug clinical development and commercialization solution company, is participating as the general manager of business development at C&L Tareputix. Also, Professor Ankur Jain, a professor of biology at MIT and a world-renowned degenerative disease researcher affiliated with the Whitehead Institute, is participating as a member of the scientific advisory committee and as a co-researcher to help develop new drugs. 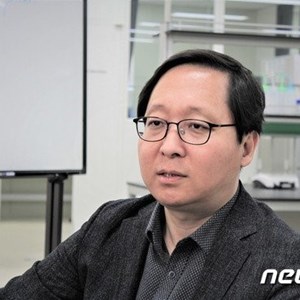