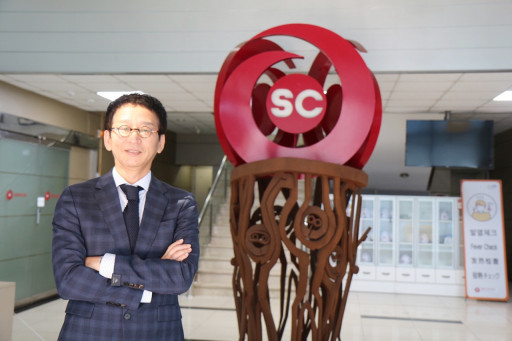 
The U.S. Food and Drug Administration (FDA) registration of the 'ultra-thin flexible OLED phototherapy patch' was completed by Sewon E&C, Korea on the 12th (local time) which is seen as a prospect for 'catalyst' in commercialization. As K-Semiconductor technology is drawing attention from all over the world, this innovative device is expected to be applied to phototherapy technology, from wound treatment and skin regeneration to hair loss, dementia, and cancer.

The world's first body-mounted OLED (Organic Light-Emitting Diode) phototherapy patch is developed through industry-academia-research cooperation in Korea, a powerhouse of semiconductor technology, which is expected to open a new horizon in the next-generation phototherapy field.

The OLED phototherapy patch is the world's first new technology product that applies OLED as a light source for photo-biomodulation (PBM) also known as phototherapy. PBM refers to the process in which a light source of a specific wavelength band generates ATP (body energy source) in mitochondria. It is used as a treatment method that induces cell and tissue responses through a light source and has excellent efficacy in wound healing and pain relief, and the related market is rapidly growing around the world.

However, in the case of LED, which is widely used as a light source for phototherapy using the PBM phenomenon, issues such as low-temperature burn, glare, and risk of retinal damage have been raised. In addition, its use is restricted to medical and cosmetic institutions, and if the output is lowered to ensure safety, the efficacy of PBM also decreases.

Sewon E&C's OLED phototherapy patch is a new technology that complements the heat generation problems of existing phototherapy technologies with LED and lasers. It operates only at temperatures below 42℃, which meets the stability standard of low-temperature burns based on the International Organization for Standardization (ISO). Sewon E&C announced its commercialization with completion of FDA registration.

In particular, it is characterized with technological features such as being less than 1 mm thick, weighing less than 1 g, flexible bending within a radius of 20 mm, and a long operation time of 300 hours or more.

The OLED phototherapy patch is based on the original technology that was first developed by Professor Kyung-Chul Choi in the School of Electrical and Electronic Engineering at the Korea Advanced Institute of Science and Technology (KAIST), Korea's top scientific research and technology training institute for intellectuals. Sewon E&C and Photonic-Bio are in the process of commercializing the OLED light patch business by transferring the related source technology. Sewon E&C and Photonic-Bio have exclusive rights to manufacture and sell OLED phototherapy patches.

Sewon E&C's body-attached OLED phototherapy patch is expected to be released in the form of a band or patch. Since it can be attached to the skin, there are no temporal and spatial restrictions, so it is expected to be highly useful in various fields, from skin regeneration and wound treatment to rhinitis and hair loss treatment, as well as dementia and cancer treatment.

As the FDA registration is completed, Korea's Sewon E&C commercialization of body-attached OLED phototherapy patches is expected to accelerate. According to Sewon E&C, the company has already secured a site of about 6,700 square meters in Hongseong, Chungcheongnam-do in Korea and plans to complete the construction of production lines such as manufacturing and facilities this year and start commercialization at the end of this year or early next year.